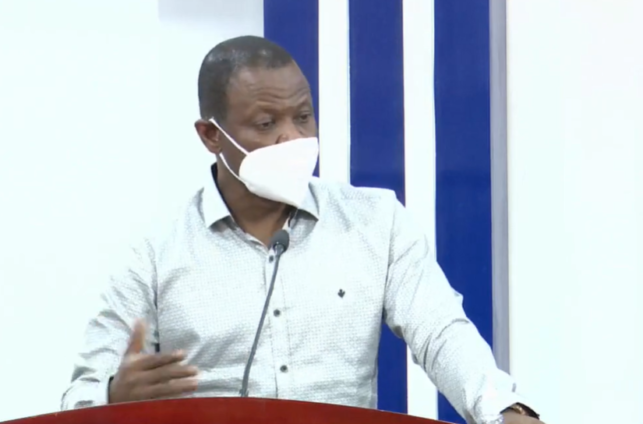 The Ghana Health Service (GHS) says Ghanaians who have taken their first dose of the AstraZeneca Covid-19 vaccines should not be worried if they do not receive their second dose in the eight-week window or as recommended on their cards.

Speaking at a press briefing, Sunday, the Director-General of GHS, Dr. Patrick Kuma-Aboagye, explained that the World Health Organisation (WHO) has said that the best period for the second dose is between 8 to 12 weeks.

Thus, people are still protected even after the eighth week of taking the first dose, he said.

“As far as vaccination is concerned, what we have is the minimum time within which a booster dose can be given. If you do it before that minimum date you will not get any benefit. But sometimes the longer you wait, it still doesn’t matter, you can still have your second shot and get your booster dose built up.”

“Between eight and 12 weeks is the best time to give (a second dose). Even then you would have lost some percentage of the anti bodies, it is still effective enough to protect you.”

Dr Kuma-Aboagye added that although some people were expected to get their second doses in April, there is enough time to administer the second dose to them stating that there is absolutely nothing wrong with a delay.

The first dose gives a person about 76% protection for about 90 days which coincides with the 12 weeks window, he said.

Notwithstanding, many studies are still ongoing to determine exactly how long the first dose protects a person before they become vulnerable.

“About 80 to 94% of the people who have received their first dose within that period are protected from severe disease and death. So, what it means is that if more people have one dose it will probably still save us a lot more, but that is not to say second dose is not important.”

He added that because people can get the second dose between the eight and 12 weeks window, it will help the people adequately prepare to take their next shot and again aid in deployment.

Dr Kuma-Aboagye said that the Service is working to ensure that more vaccines arrive so they could deploy them without waiting for the 12 weeks window.

He stated that the Service has an assurance from the Covax facility that the country will receive more vaccines by May.

“As a Service, we are more concerned about having more people with the first dose. There are also bilateral arrangements that are bringing in other COVAX vaccines including Johnson and Johnson which we are expecting probably in the third or fourth quarter of the year. And a lot of work is going on to get vaccine Sputnik for everybody.”

“So, we are assuring people that the fact that you do not get it on the eighth week doesn’t mean there’s something wrong. We still have a four-week window period and beyond to have it and we are expecting more vaccines to come in to provide the protection we all need,” he added.

DISCLAIMER: The Views, Comments, Opinions, Contributions and Statements made by Readers and Contributors on this platform do not necessarily represent the views or policy of Multimedia Group Limited.
Tags:
Covid-19
Dr Patrick Kuma-Aboagye
Ghana Health Service