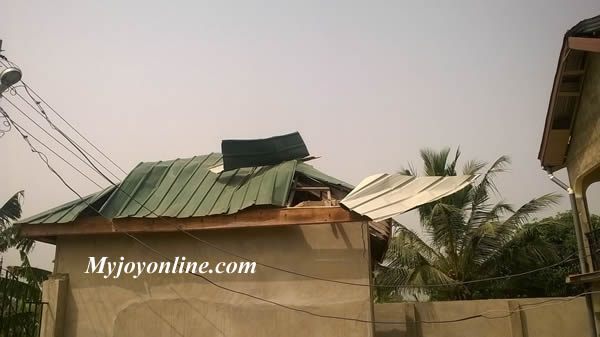 Security agencies have begun an operation to defuse left over explosives at the Akuabo quarry site at Paebo in the Eastern Region.

An explosion on Wednesday left one person dead and more than 10 people injured.

Many residents have been left homeless after the explosion ripped roofs of their houses.

Police have cordoned off the area to prevent residents from getting close and triggering another explosion.

Personnel from the National Security Secretariat, Army, Fire Service and Police have been trying to defuse explosives in a more than a dozen containers at the site.

“There some unexploded items there which we must as soon as possible try to detonate so our attention is focused on that aspect. We are looking for to defuse them so that they do not explode,” he added.

He said the security agencies are doing all they can to ensure that things do not get out of hand.

Meanwhile, police have picked up one person in connection with the fatal explosion.

Joy News sources say the arrested official of AKY Mining Services, owners of the quarry company, was picked up on Friday.

The unnamed official is believed to be the Personal Assistant to the owner of the company who is out of the country.