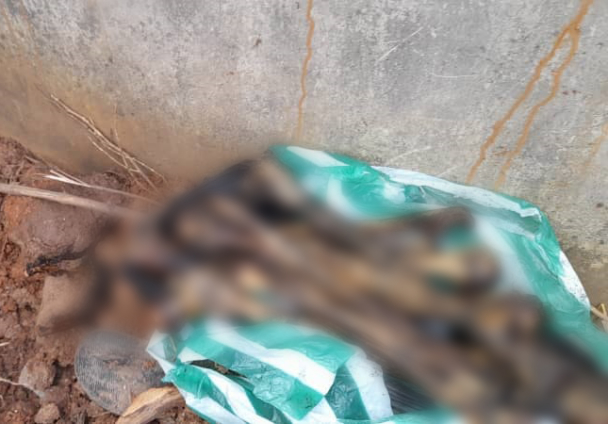 A 45-year-old self-acclaimed evangelist, Osofo Elijah, has been arrested with skeletal parts at Buoku Nkwanta in the Wenchi Municipality of the Bono Region.

He said around 6:00pm on Wednesday, he received a distress call from a senior security officer with a quarry company in the area who was suspicious of the suspect’s movement.

“Upon hearing the information I hurriedly informed elders of the community and we proceeded to the scene,” the assemblyman said.

He disclosed that the suspect, who lives in an isolated building on the outskirts of the town, occasionally came to preach at Buoku.

He further explained that when they got to the scene, they ordered the suspect to open his door where a bag with the human parts was retrieved.

When questioned, the suspect denied knowledge of the parts but a tomb at the Buoku cemetery had been broken into with the body exhumed.

A call was later made to the Chiraa police in the Sunyani West District who came to the scene to arrest the suspect.

Cutlasses, scissors, machetes, and other deadly weapons were also retrieved from the suspect’s room after a search conducted by the police.

A 23-year-old senior high school graduate was also arrested to assist the police with investigations.

DISCLAIMER: The Views, Comments, Opinions, Contributions and Statements made by Readers and Contributors on this platform do not necessarily represent the views or policy of Multimedia Group Limited.
Tags:
Bono Region
Preacher