Serena Williams confirms she will not play at 2020 Tokyo Olympics 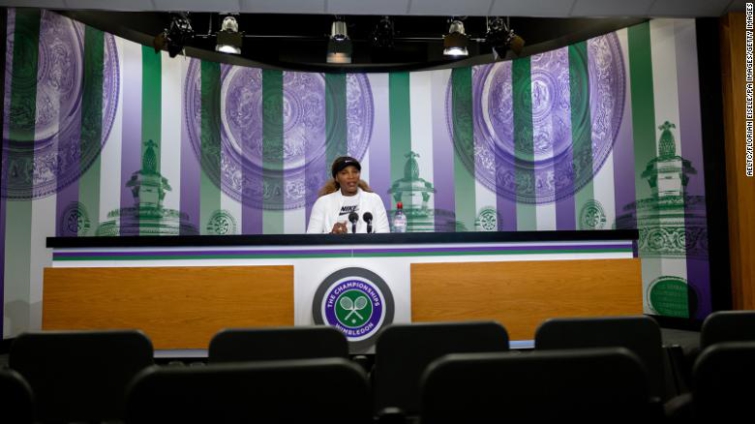 Williams attends a press conference in the main interview room at Wimbledon.

Speaking to reporters a day before the start of the 2021 Wimbledon Championships, Williams said, on Sunday, that “I’m actually not on the Olympic list…not that I’m aware of. And if so, then I shouldn’t be on it.”

She did not reveal why she decided to forgo the delayed summer games.

“There’s a lot of reasons that I made my Olympic decision,” the 39-year-old American said. “I don’t really want to…I don’t feel like going into them today. Maybe another day. Sorry.”

She continued, “in the past it’s (Olympics) been a wonderful place for me, but I really haven’t thought about it, so I’m going to keep not thinking about it.”

The Olympics are scheduled to start on July 23.

She has won four Olympic gold medals over her prestigious career after making her Games debut at Sydney in 2000.

Williams will look to win a record-tying 24th major and eighth Wimbledon title when the famous tournament begins on Tuesday when she faces Aliaksandra Sasnovich of Belarus in the first round.