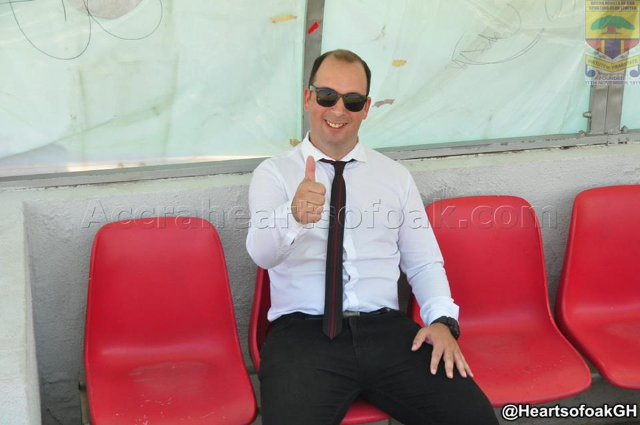 Under fire Accra Hearts of Oak coach Sergio Traguil says he is not concerned by calls from some section of the fans that he should be fired.

Things have not gone as planned for the Phobians as they have managed just a point from two games.

A section of the fans called for his head after their draw at home against Techiman City.

But the Portuguese trainer says he is not bothered by those calls and is hoping to turn things around.

"We are just a point behind Wa All Stars so why should I feel any pressure," he told Joy Sports.

"I agree with the fans but I want them to stay calm because we are still in the race."

Hearts are 3rd on the log with 40 points with six matches to end this season’s Ghana Premier League.