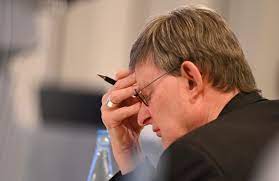 At least 497 victims have been counted in a new study, investigating sexual abuse in the Catholic archdiocese of Munich and Freising in Germany.

Most of the victims were male children and adolescents who were targeted between 1945 and 2019, the law firm Westpfahl Spilker Wastl (WSW) announced in Munich. It prepared the expert opinion on behalf of the archdiocese.

According to the study, there were at least 235 alleged perpetrators, among them, 173 priests and nine deacons.

However, a large number of cases are thought to have gone unreported.