‘Shame on Tinny for insulting Stonebwoy for settling his debt’ – Bullgod 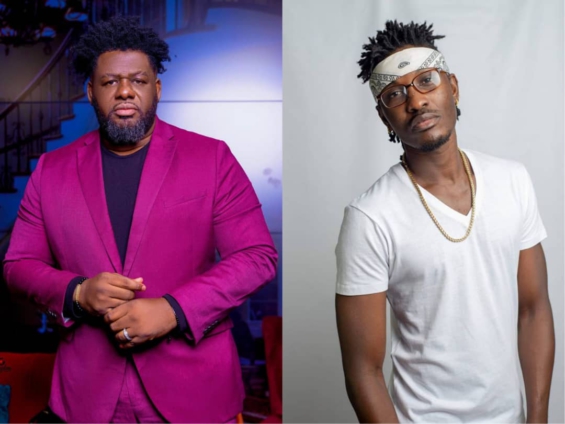 CEO of Bullhaus Entertainment and showbiz pundit, Bullgod (formerly known as Bulldog), has called out hiplife artiste Tinny for insulting Stonebwoy for settling the former’s debt.

The outspoken pundit stated that it is needless for the rapper to hurl offensive words at someone whose only crime was to salvage his senior colleague, from a seeming embarrassing situation.

“Shame on Tinny for insulting Stonebwoy because he was just coming to quench the matter,” said Bullgod on Daybreak Hitz with Andy Dosty on Hitz FM.

In an interview on U Say Weytin on Hitz FM on May 6, an up-and-coming musician, Yaw Menkasa, accused Tinny of pulling a no-show after receiving payment for a performance at an event in the Oti Region.

The artiste claimed that he paid the ‘Makola Kwakwe’ hitmaker a sum of GHC2,000 only for him to fail to show up.

He went further to allege that the rapper did not offer any substantive reason for refusing to honour his word.

After several unsuccessful attempts to reach Tinny for a refund, Yaw Menkasa decided to report the matter to the Police.

In his quest to de-escalate the issue, Tinny allegedly pledged to offer his car to the Police until the debt was settled.

Coincidentally on May 6, multi-award-winning musician, Stonebwoy, paid a surprise visit to Hitz FM—where he got introduced to the issue on board for discussion: “Tinny charged me GHC2K for an event and failed to show up” Yaw Menkasa said.

A few moments after listening to Yaw Menkasa lament over Tinny’s supposed indebtedness on radio, the ‘Therapy’ singer interrupted the up-and-coming artiste, told him to allow the matter to rest because he has offered to settle the debt on behalf of Tinny.

Even though the ‘Mightylele’ singer intended to prevent Tinny from further humiliation, the harmless gesture did not seem to sit well with the rapper —hence his rant on Peace FM on Monday.

According to him, Stonebwoy failed to conduct the necessary checks before offering to settle an alleged debt he heard on the radio.

He went on to add that Stonebwoy was supposed to call him to verify the matter before taking the next move.

Some chastised Stonebwoy for his failure to ascertain the issue from Tinny personally.

Others blasted Tinny for calling out the singer whose intention was to help a brother.

Rapper and member of the defunct music group 4×4, Captain Planet also scolded Tinny on Twitter for directing his anger toward Stonebwoy.

DISCLAIMER: The Views, Comments, Opinions, Contributions and Statements made by Readers and Contributors on this platform do not necessarily represent the views or policy of Multimedia Group Limited.
Tags:
Bullgod
Hitz FM
Stonebwoy