Shareholders in Ekumfi schooled on importance of Census 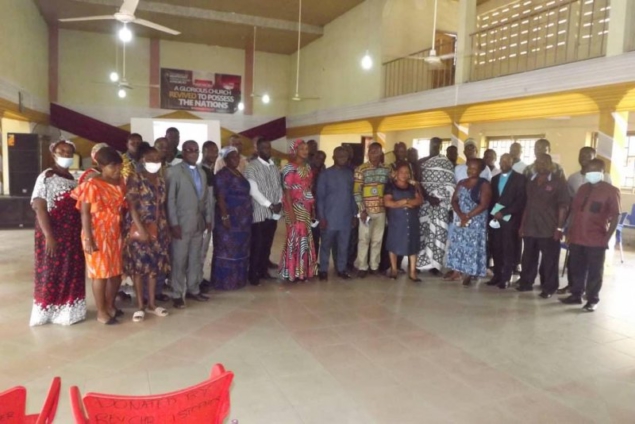 Stakeholders at Ekumfi in the Central Region have been schooled on the importance of census taking and the need for residents to ready themselves for the exercise in order for credible data to be recorded to facilitate the country’s development.

The countdown to the 2021 Population and Housing Census (PHS) Night in the District was launched at Essarkyir, the district capital, with the slogan, “You Count, Get Counted”.

The Acting District Chief Executive for Ekumfi, Mr Bernard Bright Grant, said the census would be the first to use tablets and the internet to provide the country with credible data for policymaking and development.

To ensure that no one is left behind, the census will cover all persons in the district, including the less privileged and the disadvantaged in all communities, he said.

“It behoves on us as a people, both Ghanaians and non-Ghanaians…in the country on the census night (Sunday, June 27), to be ready to welcome the census officials into our communities to provide the necessary information to the enumerators,” he said.

The District Census Chairman, Reverend Dr Mark Nii Lamptey, said persons and structures in the country would be counted to provide updated information for the socio-economic, demographic and housing conditions of the population.

As a result, from June 13 to 20, enumerators would visit to write serial numbers on the walls to identify structures and those without numbers by June 20, must get the centres informed.

“Let’s all be ambassadors of the exercise by disseminating the message and knowledge we have acquired in connection with the census to our community members to fully support the Assembly for a successful 2021 Population and Housing Census,” he said.

DISCLAIMER: The Views, Comments, Opinions, Contributions and Statements made by Readers and Contributors on this platform do not necessarily represent the views or policy of Multimedia Group Limited.
Tags:
2021 Population and Housing Census
Central Region
Dr Mark Nii Lamptey
Ekumfi
GSS