Shares dilution and its effects on shareholders’ rights 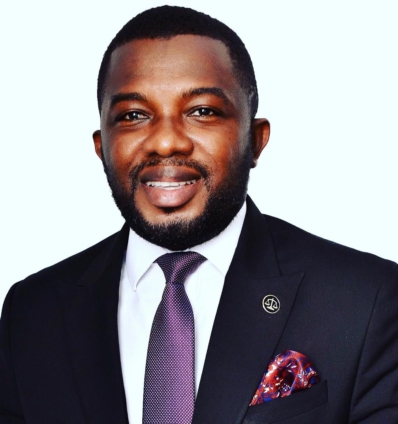 A business idea is registrable as a private company on the undertaking of its founder(s) to contribute capital towards the company’s activities in consideration for rights and interests in the company as well as liabilities.

Capital contributed (paid up, partly paid, or unpaid) as part of the primary capital raising activity becomes the property (the stated capital) of the company with the founders retaining no right to demand repayment out of the assets of the company.

And in exchange for the equity funding provided, “shares”, representing the unit of interest in the company and proportional to the capital contributions are issued to the founders. The issued shares of a company entitle its holders to rights specified in law or by the registered constitution of a company which the holder may enjoy in perpetuity – as long as the holder remains a shareholder of the company.

Nonetheless, because, the rights attached to shares are exercisable (enjoyable) in proportion to one’s shareholding (percentage) within a company (invariably one’s capital contribution as a ratio of the whole), any process of raising additional capital which results in a change in the existing shareholding structure of the company (dilution of shares) is bound to affect the initial rights attached to the shares of existing or initial shareholders.

With the increasing demands on start-ups and companies generally to raise additional capital to sustain, grow and/or expand their operations, most of them are pursuing share dilution as part of their secondary capital raising activities and as an alternative to commercial loans and other debt financing arrangements. The purpose of this article is to highlight the effects of share dilution on shareholders’ rights and offer some guidelines on how founders can effectively manage such processes.

SHARES OF A COMPANY

The Companies Act, 2019 (Act 992) defines “shares” as “the interests of members of a body corporate who are entitled to share in the capital or income of the body corporate” – a definition that highlights the interest and entitlements of shareholders in a company.

Also, shares represent the unit of interest of a holder in exchange for an amount of money (capital) contributed for the purpose of liability (limited or unlimited) in a company. Once issued, the ownership of shares may be evidenced by details in a company’s incorporation documents, share certificates, or recorded in a company’s register of members.

However, shares are not allotted for free and must be paid for either in cash or kind unless by a capitalization issue where monies from a company’s reserve which should have otherwise been declared as dividends are distributed to shareholders in their shareholding proportions as additional shares. Where issued shares remain unpaid, a company can call on holders of such shares to pay up or holders will remain liable to the extent of unpaid shares during liquidation and winding up proceedings.

In Ghana, there is no legal limitation on the number of shares a company may issue or may have, and shares required to be issued at no par value can either be issued as equity (previously known as “ordinary” shares) or preference shares. An equity share entitles the holder to no differentiated participation in the distribution of money while preference shares will entitle the holder to participate not beyond a specified amount of money in a distribution whether by way of dividend, on redemption, or in a winding up, or otherwise.

Further, the Companies Act permits subject to the registered constitution of a company for the attachment to shares either as preferred, deferred, or any other special rights or restrictions, whether as regards dividend, voting, repayment, or otherwise. This provision allows for the creation of preference shares either as cumulative or non-cumulative, redeemable, non-redeemable, convertible, or non-convertible, etc.

The ownership of shares constitutes the basis for the attachment of rights and liabilities. And unless shares are issued with different rights, all shares are presumed to confer the same rights and liabilities on holders. The rights associated with any class of share created under the two main categories of shares cannot be varied except by procedure outlined either in law or in the registered constitution of the company.

Persons called shareholders are therefore the holders of any class of shares duly created, issued, and registered by a company or by the operation of law.

Shares are initially allocated to holders in proportion to capital contribution at the time of incorporation through a process called share subscription. Additionally, shares could be acquired either through purchases by way of additional issuance, transfer from an existing holder, or by the operation of law – the death of a holder by way of inheritance, or through convertible options – debentures, employee pool, a simple agreement for future equity (SAFEs).

The extent of a shareholder’s interest in a company is measured by the number and class of shares the holder has subscribed to or purchased in proportion to the total number of shares issued by a company.

THE RIGHTS OF SHAREHOLDERS

Apart from the recognition that shares are movable assets of a holder, entitling him or her to personal dealing including the sale or transfer of same, issued shares entitle holders to some rights relative to the operations of a company. The nature of these entitlements reinforces the argument that shareholders only maintain an “ownership” interest in a company and not a right to its management (day-to-day administration).

Some of the important rights are:

Unless the right to vote has been restricted by the registered constitution of a company, shareholders regardless of the type of shares maintain the right to vote at all meetings either by a show of hands, by a poll, or by a postal ballot in lieu of a meeting as permitted under the Companies Act.

In contrast, in a poll vote at meetings subject to the provisions on its activation, shareholders entitled to vote shall have one vote for each share one held in the company implying a one-share-one-vote rule. This method of voting allows for the real use of a shareholder’s number of shares to influence the decision-making process of the company. A shareholder with the majority of issued shares has the potential to activate voting by polling at meetings dominating the decision outcomes of a company.

The capital contributions of founders towards a company’s operational activities are made with return expectations. Returns as operational profit or increase in the value of the company invariably increase in share values are constitute part of shareholders’ entitlements. Nonetheless, the right of shareholders to participate in the distribution of profit called dividend is subject to statutory restrictions including who is permitted to make the recommendation, the conditions precedent to the said recommendation, and the approval process leading to the declaration of dividends among others. These restrictions imply that the right is only a right to receive a dividend that is declared and is to be paid out either in cash or by capitalization issue (as explained earlier).

Declared dividends are paid per share and payments may be prioritized in accordance with the type of share one holds. The total payout to a shareholder from the declared dividend of a company is a factor of the number of shares (and in some instances, the type of shares) held by the shareholder and the dividend amount declared per share to be paid. Equally, additional shares allotted to shareholders as part of a capitalization issue will be allotted by the same factor. A shareholder with the highest number of issued shares of a company stands the chance of the highest total payout once dividends are declared and paid.

This right is rarely exercised by shareholders due to the practical challenges with the finances of companies. The right to participate in the return of capital/asset is an entitlement of shareholders to a share in the authorized reduction in the capital or return of assets of the company subject to statutory restrictions. However, the situation where a company may have excess capital or assets deserving return to its shareholders hardly occurs in practice making this right a right in theory.

Further, although companies may potentially exist in perpetuity, a solvent or insolvent company may activate the requisite procedures as established by law to bring its operation to an end – wind up. Throughout such processes, a company may have net assets after all liabilities have been paid out from the inventory of the company assets. Shareholders are entitled to the distribution of any net asset realized during liquidation and winding up proceedings.

Whether as a return of capital or surplus assets, the right of a shareholder to participate in such distribution is exercisable based on one’s shareholding position in a company.

A company offers shares in return for additional capital either as equity or convertible debt. Issuance of additional shares in the process leads to the dilution of the company’s shareholding structure, affecting the share position of existing shareholders.

Assuming Company A with 100,000 authorized shares had issued 80,000 as equity shares to Kofi Mensah and Ama Serwah in the proportion of 60,000 and 20,000 shares respectively at the time of its incorporation. Should Company A require additional funding/capital and decides to issue 10,000 additional shares in the proportion of 7,500 and 2,500 to existing shareholders Kofi Mensah and Ama Serwah respectively, no dilution of the shareholding structure of the company will occur. This is because the additional shares issued out of the unissued shares of the company were issued in the same proportion of share ownership by existing shareholders resulting in no changes to the shareholding structure of the company.

THE EFFECTS OF SHARES DILUTION ON THE RIGHTS OF SHAREHOLDERS

Instructively, the rights discussed above are mostly the rights affected by any dilution exercise. This is because these rights are effectively exercisable based on the proportional number of shares a shareholder has in a company. The greater the number of shares, the greater the benefit of the exercise of the right. Therefore, a shareholder with a pre-dilution majority of shares is not expected to continue to enjoy the benefits of exercising the rights of voting and distribution of dividends in the same manner post-dilution.

After dilution, new control and power structure of the company emerges with new shareholders sometimes now in the majority position. This may have implications for how the company is managed going forward.

Therefore, pre-dilution shareholders (normally founders) must assess the impact this may have on their commitment, control, and support for the company’s operation, especially where they act additionally as directors before embarking on any dilution of shares.

A dilution must be pursued strategically to ensure the continuation of the purpose and objects of the company, especially where the same have been rigorously built by founders over time. A new shareholding structure with new control dynamics in exchange for additional capital provided can effectively change the fortunes of a company for good or bad.

In many companies, the initial founders’ capital contributions have proven to be inadequate and insufficient to support growth and expansion plans. To address the inadequacy, founders embark on secondary capital raising activities which have the potential of leading to share dilution.

As additional capital raised provides critical financial support to a company’s sustainable operation, any raise could impact the existing shareholding structure of a company thereby bringing about a new share of interest and control regime.

DISCLAIMER: The Views, Comments, Opinions, Contributions and Statements made by Readers and Contributors on this platform do not necessarily represent the views or policy of Multimedia Group Limited.
Tags:
Shareholders