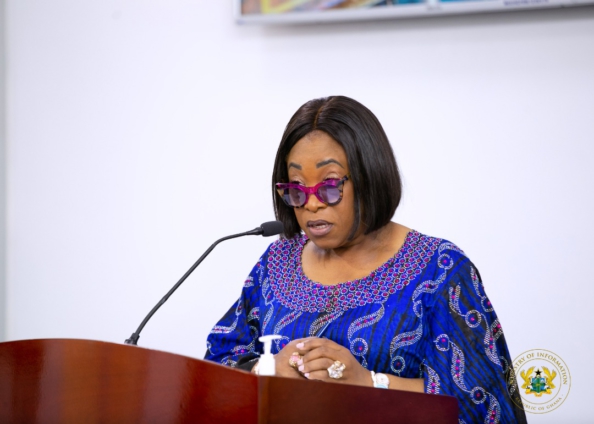 The Ministry of Foreign Affairs and Regional Integration has indicated that it finds North Tongu MP, Samuel Okudzetu Ablakwa’s comment on the Liberian President’s use of Ghana’s presidential jet unfortunate.

According to the Ministry, although the MP sought to suggest that it is improper to lend the presidential jet to George Oppong Weah, it is a normal practice for countries to lend their aircraft to other Heads of State.

In a press release, the Ministry explained that as part of bilateral and multilateral diplomatic relations, various friendly States provide assistance of different forms to each other.

“Government is not on a quest to dissipate wantonly, State resources but is focused on pursuing a pragmatic foreign policy that fosters regional integration and good neighbourliness in a climate of peace and stability. This ultimately inures to the benefit of Ghana and West Africa at large,” parts of the statement read.

This comes after North Tongu MP Samuel Okudzeto Ablakwa revealed he would demand some answers from the Foreign Affairs Minister when Parliament reconvenes, on why the Liberian President was allowed to use the Presidential jet.

The MP had said, in an interview with CitiNews, that the Ministry needed to come clean on not only why the African leader was given the jet but also if it will constitute a “double financial burden” on Ghana following Akufo-Addo’s use of another jet for his travels.

However, the Ministry stated that Mr Ablakwa’s expectation that Ghana would bill the Heads of State who have been lent the jet shows his lack of understanding of the goodwill, camaraderie, and cooperation which exists amongst ECOWAS Heads of State.

“In an era when Ghana’s leadership and citizenry are championing a renewal of Pan-Africanism across the continent and the diaspora, (with free trade taking off under the AfCFTA), Hon. Okudzeto Ablakwa’s insular posture comes as a surprise to the Ministry.”

The Ministry added that “in the light of the strenuous and concerted efforts by ECOWAS leaders to broker peace in the region, the Ministry finds it rather unfortunate that Hon. Okudzeto Ablakwa would seek deliberately to muddy the waters with these negative comments.”