Shatta Wale arrested for obstructing traffic with a motor convoy 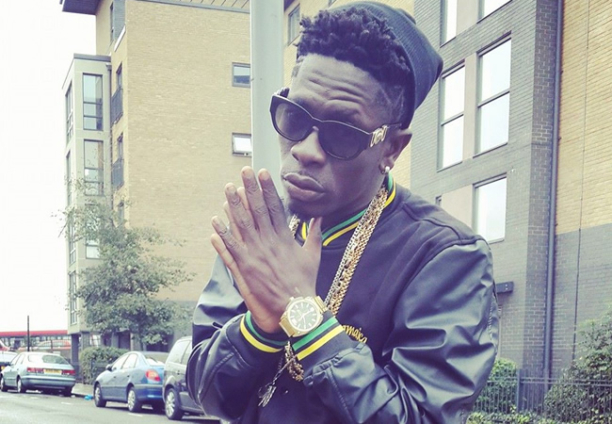 Dancehall artiste Shatta Wale, known in real life as Charles Nii Armah Mensah Jnr, was Monday arrested by the police for driving with a convoy and obstructing traffic.

According to the police, the ‘Dancehall King’ hit singer claimed he was late for a flight to Italy so he had to use the convoy to get to the airport early.

Supt. Yaw Tetegah, Airport Police Commander who confirmed the arrest in an interview with Myjoyonline.com stated that Shatta Wale was arrested around the Shangri-La traffic light at about 4:30 pm.

He narrated that the artiste was driving with a “number of motorbikes leading him pushing all other vehicles aside and his reason was that he was about to fly and he is late. He is going to take his belongings and then get back to the airport so he was forcing his way through the traffic being led by a number of motorbikes.”

A Police officer from the Police Headquarters “got him arrested” after witnessing the obstruction he had caused.

Supt. Yaw Tetegah said he could not determine the number of motorbikes involved in the incident but they sped off as soon as they saw the police.

Asked whether Shatta Wale was charged for the incident, he disclosed that the 2014 Ghana Music Awards Artiste of the Year winner was "taken to the Police Charge Office, his particulars were taken and he was given a warning letter.”

He said after the warning the dancehall artiste was allowed to go.