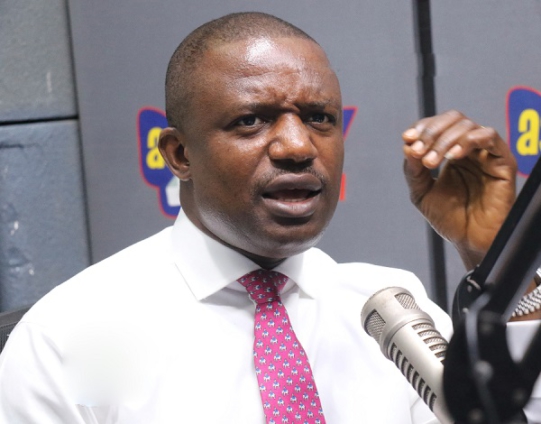 Ranking Member on Mines and Energy Committee, John Jinapor has dared President Akufo-Addo and the Attorney General to prosecute Akonta Mining firm which has been cited for engaging in illegal mining in the Tano Nimri forest.

For this reason, John Jinapor has challenged the government to prosecute the mining firm if indeed it is committed to the fight against ‘galamsey’.

“It is the President’s own people and top people within his own party who are actively involved in illegal mining and we have said that if indeed he is committed to the fight against galamsey, he should start with his own people that will then send a signal that he is indeed serious and determine to fight this menace…the President and his Ministers and hos government must show commitment by taking on this company,” he told Blessed Sogah on Top Story, Friday.

The Yapei Kusawgu MP said the government will be “breeding a culture of impunity” if it fails to prosecute Chairman Wontumi’s mining firm.

According to him, the Minority in Parliament will observe this matter closely and look into which actions the Attorney-General and government will take in the future.

“This is a test case, let us see what the Attorney-General, the Minister of Interior, the President and all his Ministers will do about this case because there is ample evidence to confirm that indeed Akonta Mining went into that forest without the requisite permission and licenses and started mining in that forest reserve,” he added.

On Thursday, two persons sustained gunshot wounds at the Akonta Mining firm in Samreboi in the Western Region.

This happened after a section of the youth reportedly prevented personnel of Akonta Mining Limited from sending more mining equipment into the Tano Nimri Forest reserve.

The company is said to have been mining in the reserve despite a declaration by government that it has not granted any entry permit into the forest reserve.

DISCLAIMER: The Views, Comments, Opinions, Contributions and Statements made by Readers and Contributors on this platform do not necessarily represent the views or policy of Multimedia Group Limited.
Tags:
Akonta Mining
Galamsey
John Jinapor
Lands Ministry