Show Shatta Wale and Stonebwoy respect - Hammer to VGMA board after decision to lift ban - MyJoyOnline.com 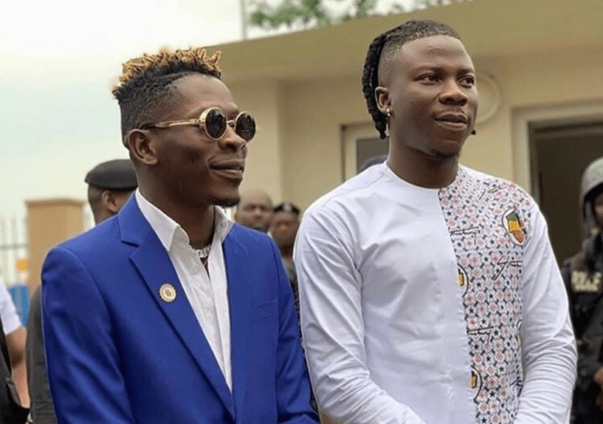 Music producer Hammer has called out the Vodafone Ghana Music Awards (VGMA) board for failing to contact Shatta Wale and Stonebwoy before lifting the ban it placed on them in 2019.

In a post on Facebook, the producer said the actions of the board convinces him that they are only pulling a stunt ahead of the 22nd edition of the show.

Hammer stated that it is unfair Shatta Wale and Stonebwoy both got to know about the lifting of the ban alongside the general public.

“VGMA has been the most successful entity in the history of our music industry. All record labels in our history put together can’t even match up to half of the success you’ve enjoyed.”

“The industry has been generous and good to u for business with great content, so SHOW SOME RESPECT,” he wrote.

His comment comes after dancehall artiste Stonebwoy questioned the motive behind the Vodafone Ghana Music Awards (VGMA) board’s decision to lift the ban placed on himself and Shatta Wale in 2019.

Taking to Twitter, the singer revealed that this decision was taken without any prior consultation with either of them, casting doubt on the true purpose of the VGMA as an award scheme.

Meanwhile, Hammer stated that he totaly agrees with Stonebwoy’s point of view adding that if the scheme needs the two artistes to help push the event in 2021 thus their decision to lift the ban, then they should come clean about it.

“…do the right thing by them and quit moving goal posts as and when you see fit for selfish reasons.”

Totally agree, makes perfect sense… especially as we all knw why the ban was lifted. Why did they have to hear about…

Meanwhile, Public Relations Officer for Charterhouse, Robert Klah, has disclosed that conversations with regards to lifting the ban on dancehall artistes Stonebwoy and Shatta Wale are still ongoing.

Speaking in an interview with Andy Dosty on Daybreak Hitz he said the organizers will take up the initiative to reach out to artists to seek their consent.

“The scheme is designed in such a way that participants will have to give their consent. So the organizers will do their best to reach out to you if any of your works should appear in our research,” he added.

Stonebwoy and Shatta Wale were banned indefinitely from participating in the VGMAs after an altercation between them marred the 2019 edition.

The former rivals were also stripped of the awards they won on the night and asked to return the plaques they had been given.

Because their altercation had caused panic many people fled the venue thus the organisers failed to announce the Artiste of the Year award, in which both were nominees.

Shatta Wale later announced to fans that he will not be joining the scheme again after broader consultations.