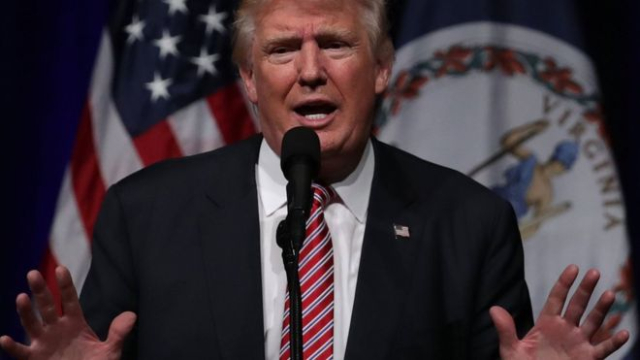 President Donald Trump had hoped to spend the weekend celebrating the one-year anniversary of his inauguration amid friends at his opulent Palm Beach, Florida, estate. Instead, he's reckoning with a federal government shutdown.

Trump scrapped plans to depart Friday for his Mar-a-Lago club, where he'd been set to attend a high-dollar fundraiser Saturday night to commemorate his first year in office.

Instead, he spent much of the day in the Oval Office, trying to hash out a deal with Senate Minority Leader Chuck Schumer to keep the government open. As chances for a deal began to fade, he retreated to the White House residence, where he watched the drama play out on television and called friends, insisting Democrats would be blamed in the fallout, according to a person familiar with the president's conversations but not authorized to discuss them publicly.

Throughout the day, administration officials seemed resigned to the eventual outcome, with Budget Director Mick Mulvaney telling reporters before noon, "We are going to manage the shutdown differently."

And even before the Senate had voted on — and failed to pass — the short-term funding bill to keep the government open, much of the West Wing had already emptied out, the press offices sitting dark.

She said that until the shutdown ends, the White House will not resume negotiations on the fate of hundreds of thousands of young immigrants who entered the country illegally as children.

While White House aides did not respond to questions about the president's weekend plans, Mulvaney told reporters he didn't expect Trump to go to Florida Saturday.

"I think the president's been very clear: He's not leaving until this is finished," he said.

But the timing was undeniably unfortunate for a president trying to steer the conversation away from controversy and back to his first-year accomplishments.

Trump was originally scheduled to attend a "Trump Victory Dinner" Saturday night at Mar-a-Lago, with proceeds going to a joint fundraising committee for his re-election campaign and the Republican National Committee. That was up in the air early Saturday.

The reverberations will be felt across Washington, all over the nation — and within the White House residence.

According to federal stipulations, just 21 of the 96 members of the White House residential staff would report to duty on any day of a shutdown.

"Essentially, our core group of residence staff would still report to work to ensure that basic services are still provided to the first family," said Stephanie Grisham, a spokeswoman for first lady Melania Trump.

Electricians and engineers would also report for duty "to ensure the safety of the facilities in the mansion," Grisham said.