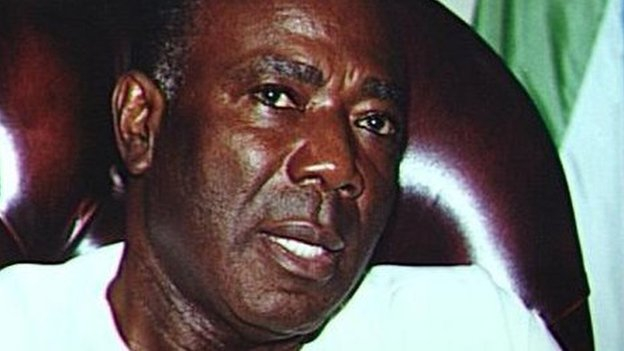 Sierra Leone's ex-president and war-time leader Ahmad Tejan Kabbah has died at the age of 82 after a long illness.

Mr Kabbah was praised for his leadership during Sierra's Leone's decade-long civil war.

The conflict officially ended in 2002 after foreign forces intervened to help defeat rebels.

Mr Kabbah's death has not yet been officially announced, Mr Fofana told BBC Focus on Africa. However, a distraught relative told him that Mr Kabbah had died, Mr Fofana says.

Mr Berewa had gone to Mr Kabbah's home in the capital, Freetown, after learning of the ex-president's death, he adds.