Signs of Sudan's coup build-up have been clear - MyJoyOnline.com

Signs of Sudan’s coup build-up have been clear 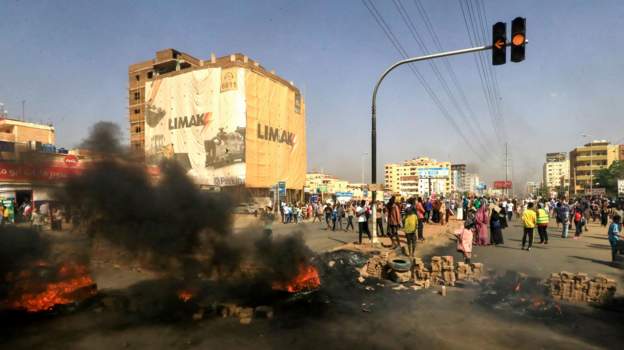 Recent weeks have seen a rapid build-up of tensions in Khartoum.

A hostile take-over of power is what many in Sudan and beyond have feared could happen anytime. The signs have been all too clear.

A pro-military sit-in right in front of the Presidential Palace was seen as choreographed to lead to a coup. No attempt was made to disguise its purpose. The protesters demanded that the military overthrow “failed” civilian leaders.

It was an unusual attempt at legitimising a military take-over – using the guise of a popular protest.

Nearly a week later, a counter-protest was held. This time, huge crowds came out in support of the civilian government.

With more protests called by pro-democracy groups to “counter a military coup”, Sudan could be set for yet another period of showdown between the armed forces and the people.

The country has made huge strides in normalising ties with the West and unlocking much-needed funding streams.

The promise of transition to democracy has kept many Sudanese and the country’s allies hopeful. But all that could be at risk now.

Whatever happens, this is no doubt a defining moment in its politics.