Simbox fraud: How Afriwave intends to stem the menace 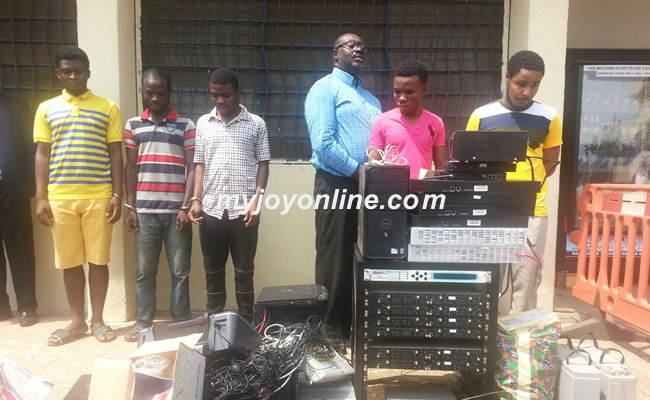 SIM Box Fraud is a set up where fraudsters in Ghana connive with partners abroad to route international calls through the internet using voice over internet protocol (VOIP) and terminate those calls through a local phone number in Ghana to make it appear as if the call is a local call.

The caller is often not aware of the operations of these cyber fraudsters whose activities result in the loss of revenue to the state and to the telecom operators.

But the CEO of Afriwave Telecom, Philip Sowah has assured the National Communications Authority (NCA) and Parliamentary Select Committee on Communications that the company is ready to vigorously tackle the growing menace of SIM Box Fraud which is costing the government and the telecom operators millions of Ghana cedis.

“We have partnered SIGOS (formerly Meucci) who have the expertise in real time monitoring of SIM Box fraud. Currently, the test calls from all the telecom operators put together is about 120,000 a month. We are going to significantly increase this number to a minimum of 400,000 per month," he said.

The team from Parliament and NCA were also given a tour of the Data Centre which is housing the Afriwave equipment ready to start operations.

Meanwhile, SIGOS CEO, Adil Kaya was quoted in a statement as saying “Afriwave and SIGOS have a long track record of successful collaboration. The mandate Afriwave received to fight telecommunications fraud across all national networks represents a milestone. Many countries will follow this efficient approach to reduce and finally eliminate SIM Box Fraud to ensure the benefit for network operators and to avoid damage on national interest.”

SIGOS is the worldwide leader in active testing and Fraud Detection of telecommunication networks and services. It serves over 430 network operators in 151 countries worldwide, including most top 100 network operators. SIGOS also runs a GlobalRoamer, the world’s largest roaming testing platform, which provides access to over 780 networks in 206 countries.

Afriwave Telecom was given the nod to operate interconnect clearing house services in Ghana after it was selected from four other applicants as the most qualified firm to deliver on the license which is to provide a common, independent mechanism for monitoring, routing, billing and settlement of local and international interconnect traffic for all existing and future telecommunications operators in the country.

The company has also engaged leading industry partners and experts to join its specialist team to deliver on its mandate.

The project will be rolled out in two phases. The first, Phase 1A and has two objectives: it will provide enhanced services to monitor and validate government revenues in accordance with Act 786 (International incoming tariff) and Act 864 (Communications Service Tax) to help government realise its revenues. The second objective which is the provision of anti-fraud management and revenue assurance systems will include the management of SIM Box Fraud.

The role out of phase 1B, which will be after 1A, will provide other value added services like EIR (Equipment Identity Register) services for the blocking of stolen handsets, a common platform for independent international wholesale carriers to deliver calls and the capability of routing of local interconnect calls.