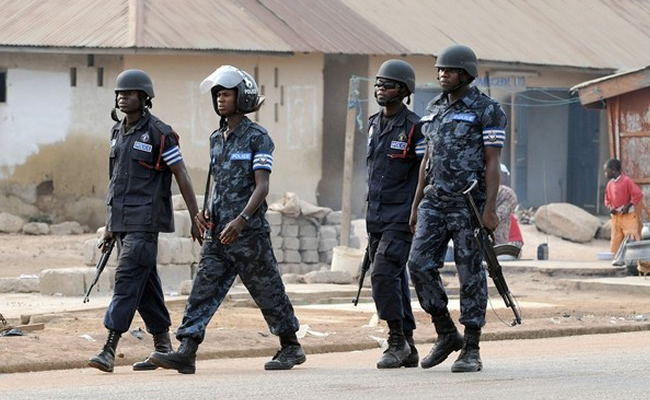 They have accused the DCE Mohammed Bakor of failing to address their concerns about jobs and sidelining them in the running of the district.

An eyewitness DJ Mystic who is also a staff of the Youth Employment Agency (YEA) office which is close to the DCE's office told Joy News' Ernest Manu that the incident happened at about 1 pm Thursday.

"I rushed to the place and they were locking up the place," he said adding nothing was destroyed and the DCE has sought refuge at the District police station.

A journalist Ballu Mohammed told Joy News Thursday "everybody at the assembly run away" as at least 35 youths from Gwollu besieged the office chanting war songs.

He explained that the youth were agitating over the appointment of the district MASLOC Director with the constituency chairman backing a diploma-holding party member over a degree-holder.

He said the Upper West regional minister Sulemana Alhassan and his deputy Amidu Ishaq have visited the area.

Divisional police commander ASP Gai Raymond said his officers have moved and calm has returned to the town, but they are yet to effect any arrest.

The incident at Sissala West is the second in two days after the youth of Karaga in the Northern region locked up the office of the Youth Employment Agency coordinator last Wednesday.

The coordinator Baba Janga fled to the Northern regional capital, Tamale after his motorbike was set ablaze. In his statement to the police, he accused the constituency chairman Abdulai Ziblim of masterminding the violence.

He said the coordinator is safe and promised to provide him protection to carry out his job.

He said the police have invited the constituency chairman to report to the station.

"We have not made an arrest yet but we will surely do" the police commander vowed.

There is a fresh wave of indiscipline in the NPP after the dust appeared to have settled on lawlessness that followed when the NPP won the December election.

Groups like Delta Force and Invisible Forces have been linked to violence in the southern part of the country leading to court fines slapped on 13 members of Delta Force.

Last week, an NPP group, Burma Camp, also stormed the regional office of the National School Feeding programme to lock up the office.

It remained shut for at least eight days although the office is close to a police station and shares a boundary with the Northern Regional Minister's office.

Reacting to a resurging indiscipline, the National Youth Organiser of the NPP, Sammy Awuku, repeated the President's "do your job" charge to the police.

He said the police need not get permission from the party to punish those who "deliberately and flagrantly" break the law.

He described the NPP youths as "saboteurs of the party" working to undermine the president's good work.

"You cannot have some few people to draw the president and his agenda back," he said.

Acknowledging that the aggression is linked to jobs, Mr Awuku who is also the Board Chairman of the Youth Employment Agency (YEA) outlined steps the government is taking to create opportunities.

He said the YEA has signed MoUs with the Local Government Service to fill 30% of all vacancies with the Youth and Sports ministry to recruit 5,000 youths.

There is also an understanding with the Forestry Commission to recruit more than 10,000 youth in the Youth in Afforestation in said.

"What else should the president do?", he said.