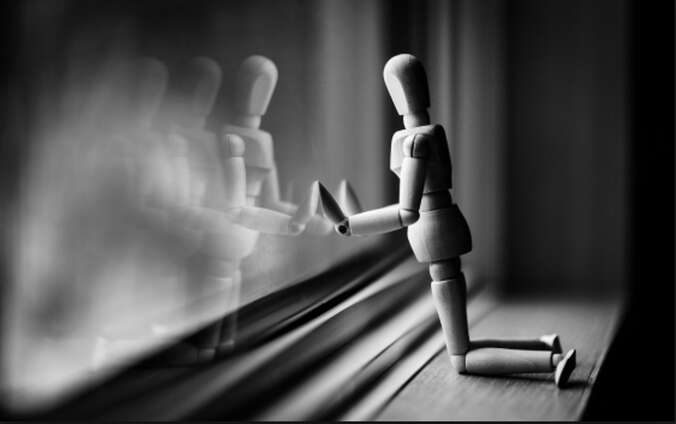 Being present with oneself, in the moment, being mindful, mentalizing, reflective function—all of these constructs point toward a crucial recognition of one’s own experience that takes place over and over again on short time scales, as much as it is an overarching way of seeing that spans a lifetime.

It’s too easy to drink someone else’s Kool-Aid

Performance is so important. Years go by in the blink of an eye. Racism, gender bias, the great unnecessary suffering in the world, our tolerance for atrocity, the pursuit of empty purpose, and how we spent our lives, looking back.

We easily deceive ourselves, but is the alternative superior?

There is the “a-ha” moment of realizing what one had temporarily forgotten, an often amusing moment of noticing that one stopped noticing something basic.

Witnessing one’s own witnessing while participating in the flow of other activities grounds one in a particular sense of security, leading toward integration as the scope of awareness becomes encompassing.

There is a firm but gentle way to be intently aware, where one almost sees oneself as a beloved stranger. Being a stranger to oneself can represent alienation and nihilism, but it can also be the beginning of a love affair as we meet ourselves anew.

Closeness to oneself, however, can pose a variety of real and imagined threats. It’s important to respect our own boundaries, self-consent to all major decisions, and equip ourselves well.

Self-inquiry is a complex affair

There are so many layers and options, and fully cataloging every dimension would be quite an undertaking. Taking it all in and using it implicitly would be ridiculous.

In the meantime, here are a few questions and related observations, which may be handy. These are not well-formulated or researched notions, and none are original, but I hope thought-provoking and supportive:

1. Why am I thinking this? I mean this thought, right now. While this can simply be a curious question, it may feel critical particularly if the emotional tone (the inner tone of voice) is short or explicitly berating. However, there is a possibility that this is a useful question, as it allows one to trace back the origins or triggers of a particular train of thought or sequence of experiences. “How come” or “when did you first notice this” can be other ways to wonder why.

2. What is happening? This is what is passing through my mind.This feels like recognition, though the content may change. There is a sense of sureness, no doubt. It may be a fleeting notion, or an old familiar companion. Getting such repeating complexes of thought-emotion-behavior, holistic experience, is useful.

They may represent the brain’s resting state network, or default mode network (DMN) activity. Many people don’t pay attention to this background noise, but it isn’t fully random. There are often large parts which are consistent over time. Whether they work as we wish, and so on, is another question.

3. What am I seeing? More to the point, where is attention focused? A lot of how we think is in a visual mode. The mind is a high-entropy system, meaning it can be in many possible states.  According to physicist Emerson Pugh (though often ascribed to others), “If the human brain were so simple that we could understand it, we would be so simple that we couldn’t.”

We can imagine anything, given enough time, but the reality is that at any given moment we have a limited capacity to hold information in mind.

This is the paradox of the brain, which is effectively infinite to itself while being severely constrained, as in theory I can think, say or experience a massive number of possible things. In the visual metaphor, we can control how far away we are from the object of attention, creating a degree of detachment without disengagement.

4. Am I listening? Did I stop listening to what is important to me? Listening is key because we can expand the soundscape of how we take our own thoughts. Sometimes the littlest voices are the most important, as is often said. The default mode network is meant to meander, and meandering is healthy, creative, and restorative. It lets us stumble upon interesting and potentially important things we might otherwise zip past.

The executive control network can remember what was prioritized, execute plans, and direct resources. The salience network decides what to highlight and what to filter out, to a significant extent based on past experiences, for better or worse. Clearing the mind makes listening easier.

5. Am I using all my senses? Other ways of self-attention track with other sensory modalities, scent or olfaction, touch, taste, body sense or proprioception, and subtle cues of a very basic nature, such as level of tension and groundness, feeling uprooted or firmly planted.

It takes a bit of a Sherlock Holmes mentality to fully get a sense of oneself first by looking for all the tell-tale clues. Any sense can be a metaphor or template for ways of inner perception.

The immersion in digital reality tends to make it harder to cultivate other senses, though, as audiovisual systems get disproportionately used, and highly developed. Adaptations to cyber-reality may make it harder to be present in an embodied form, as we come to expect and have become accustomed to obvious simulation. It also changes the way we relate to one another.article continues after advertisement

6. Am I present? The act of asking this question, which may be dispassionate and compassionate, can have the immediate effect of returning one to the present. This is especially true if the path is well-travelled. Neurotic tendencies interfere, with second-guessing and worry. It’s like building a bridge into the air over a canyon without being able to see the other side.

Being present uses up mental resources, taking other brain systems offline, such as those involved in excessive worry. It also means that we can’t think about the past and future in quite the same ways, as there is a sense of time standing still in the present moment. Long-term planning from this perspective is more of a blueprint, perhaps as imperfectly glimpsed in a dream.

Considering greater awareness is particularly important where we are. In times in history like this, with COVID-19 and the movement sparked by George Floyd, in moments of so much danger and so much hope, slowing down is a good idea even as immediate action is demanded.

The response to COVID-19 represents a generation-defining slowing down and adaptation. There is at the same time great urgency to fix deep cultural issues like racism, gender bias, and other inequalities. The U.S. is perpetually on this see-saw of revolution and hibernation.article continues after advertisement

There is a question of whether humanity has been sleepwalking — a manifestation of collective self-hypnotic somnambulism — and whether we are becoming woke, or not. Being present allows us to at least take stock of our personal inventory, possibly catching more of what we ordinarily downplay or completely miss.