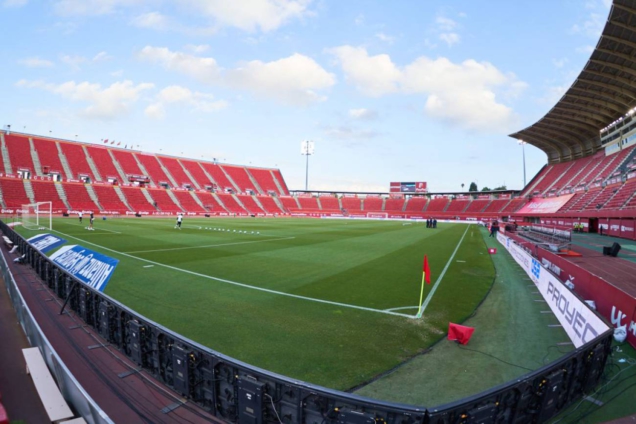 The National Police have arrested six minors , aged between 16 and 17 years, for spinning with a van that caused damage to the pitch of the Visit Mallorca Estadi last morning.

As reported by the police in a statement, the alarm of the sports complex went off at 12:30 am on Saturday when the group of young people entered the football field driving the van with which they made several “spins” on the grass.

Those involved ignored the stop orders that the agents gave them and tried to flee on the run. Two of them were arrested at the same scene , and the rest in the immediate vicinity. The police report that the youth are charged with a crime of trespassing and damaging .

Mallorca will play this day, the fifth of the SmartBank League , in Lugo and the sixth in Miranda del Ebro against Mirandés.

The Balearic club hopes to repair the damage caused to the lawn , which was recently planted, ahead of the visit that Albacete will make to the Visit Mallorca Estadi on October 21.