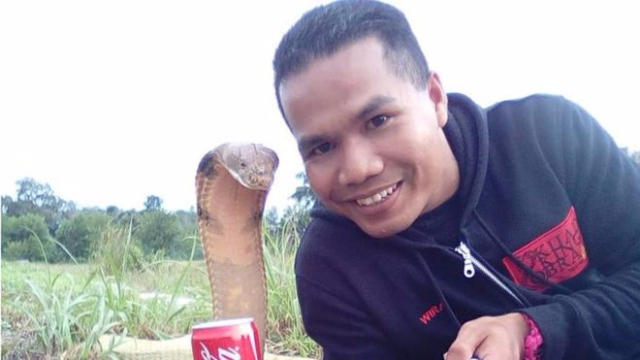 A Malaysian fireman widely reported to have wed his pet snake says that he is saddened by the story he says is fake.

Abu Zarin Hussin trains other firefighters in the state of Pahang on how to catch and handle snakes.

Earlier this month, UK tabloids reported that he had married a snake believing it to be his "reincarnated girlfriend".

Mr Hussin told the BBC he was "very disappointed" by the reports, which used pictures from his Facebook page.

"I'm always working with snakes and training other firemen in handling and rescuing snakes," he said.

He is married, and said his wife was "okay" with the stories because she knows they are "fake news". 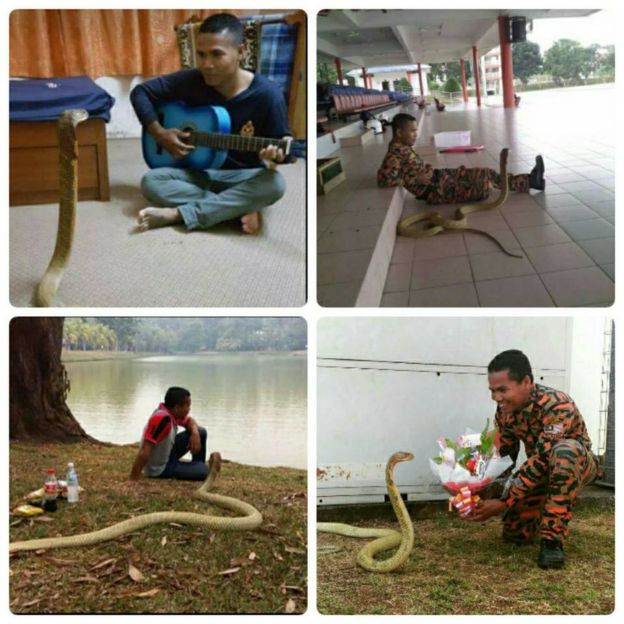 The story was reported by the Daily Mirror on 10 November, and the Daily Mail website picked it up a day later.

Mirror Online's report said he had "spotted a snake with a 'striking resemblance'" to a girlfriend who had died.

"He now spends his life with the 10ft long cobra believing it is his dead lover – following the Buddhist idea that people can be reincarnated as animals," the paper reported.

"The pictures are of me. They used my photos and started making up stories, saying that I married a snake," he told Malaysia's Star Newspaper

Nick York of the Exclusivepix agency, which sold the story to Mirror Online, said the information was provided by a "British journalist in Thailand" who works with Thai media outlets which first published the story.

"The story was checked according to the journalist and if the information is incorrect we can only report what the journalist believed the story to be after doing his own checks," he said.

Mr Hussin says he currently has four snakes in his possession and keeps them with him to understand their behaviour.