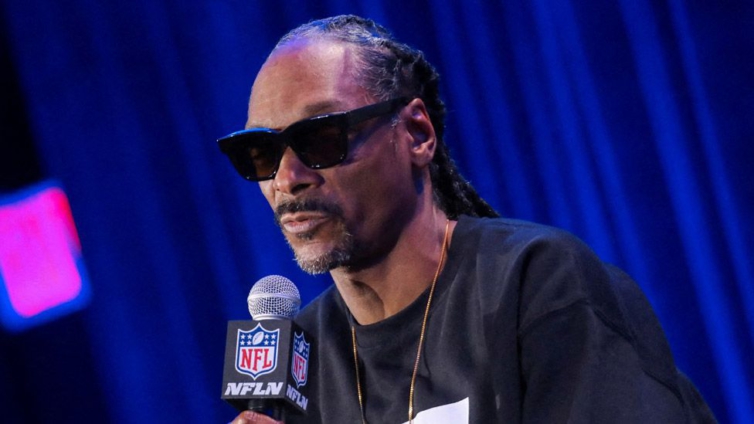 Rapper Snoop Dogg is being sued by a woman who has accused him of sexually assaulting her in 2013.

The unnamed woman, who has filed her legal claim in California, says she “was panicked and terrified” at the time, in a bathroom at a TV studio.

Her lawsuit comes days before the US star is due to join other rap giants on stage at the Super Bowl half-time show.

Snoop has denied the claims, according to TMZ, and wrote on Instagram that “gold digger season is here”.

The woman, who is described as a dancer, model, host and actress, says Snoop burst in on her when she was feeling unwell, and forced her to perform oral sex.

‘Pressured by his power’

“Plaintiff found herself thinking about her job security if she displeased Defendant Snoop Dogg,” the lawsuit says.

“Plaintiff felt pressured by defendant Snoop Dogg due to his dominance, and his position of power over her, including his ability to hire and fire her and ensure that she would never be hired in his industry again.”

The woman said she had also been sexually assaulted earlier in the evening by an associate of the rapper.

The parties have tried to resolve the matter through mediation, but those talks have now broken down. She is seeking unspecified damages.

Her lawyer, Matt Finkelberg, told NBC News she “refuses to be silenced and intimidated any longer”.

He said: “Our client’s hope is to inspire other victims of sexual harassment, assault, and battery to understand that they have rights, will be protected, and although they are victims, they will not have to be silenced forever.”

The woman’s case was filed on the day Snoop Dogg announced he had bought Death Row Records, the label that launched his career. He released his latest album BODR – which stands for Bacc On Death Row – on Friday.

He is due to perform the Super Bowl half-time show, one of the most-watched moments on US TV, with Eminem, Dr Dre, Mary J Blige and Kendrick Lamar on Sunday.