Solo travel tips: Five destinations you shouldn't visit on your own - MyJoyOnline.com

Solo travel tips: Five destinations you shouldn’t visit on your own 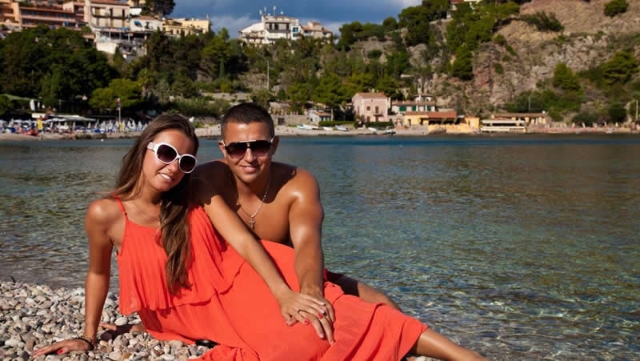 There's nowhere you can't travel by yourself if you really want to go. But in this extract from Ben Groundwater's new book on solo travel, Go Your Own Way, there are some places that are much better then you've got company.

If you're dying to lounge around by a resort pool with a cocktail in your hand and you have no one who wants to join you, then, by all means, go by yourself.

If you've always wanted to visit somewhere that's considered dangerous and are prepared to take your chances, then with the right planning and precautions, you should be able to visit solo.

The following cities and countries aren't iron-clad no-go zones for single travellers. My point is more that, just as there are some destinations that lend themselves particularly well to solo travel there are others that might be best avoided or saved for when you have company.

The neighbours are at it again, rattling the ornaments on my dresser. Thump. Thump. Thump. At this time of night, the rhythmic banging on the adjoining wall can only one thing.

They're honeymooners, so it's understandable. They're in Tahiti, too, a romantic place of swaying palms and a gentle sun, so it makes even more sense. But, still. Spare the single travellers for at least one night.

Solo travel is a blast, but it's a lot more of a blast when you're not stuck on a tropical island surrounded by honeymooners, canoodling and staring quizzically at 'That Single Guy'. After all, a long walk on the beach is improved immeasurably by having someone to walk next to you. And there's something wholly disheartening about drinking a fruity cocktail by yourself. But anyway, back to honeymooner heaven.

The island of Moorea, only a short boat ride from Tahiti, is basically shaped like a heart, so you can take that as fair warning. Like some sort of Noah's Ark of romance, everyone here travels in twos (for similar reproductive purposes). And when they're not making the walls shake in their luxury resorts, the honeymooners partake in the local activities.

As the only person riding a quad-bike with no one clinging to him from the back seat, I eventually find a practical use for my status as That Single Guy. At a lookout with a view all the way back to Tahiti, some Italian newlyweds cautiously approach me.

'Excuse me,' the guy says politely, proffering his camera. 'Could you make a photo of us please?' 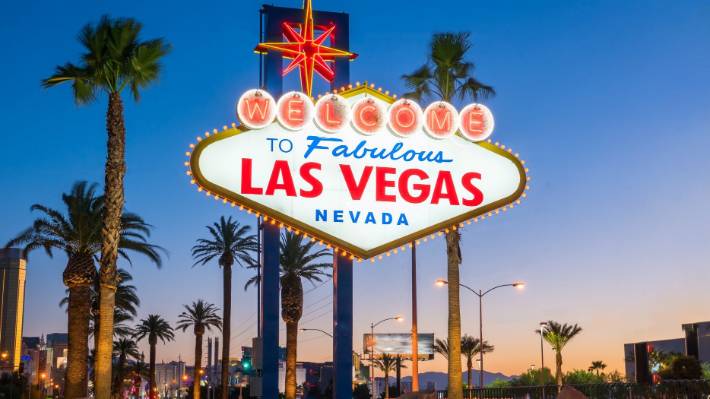 Las Vegas – not so fabulous on your own.

It's the strangest feeling: waking up in Vegas without a hangover. It's 9am and I'm up and I'm alive; I'm wandering out into the blinding glare of the desert sun, strolling past the hotel pool and finding it empty, the swim-up bar and Jacuzzi bare, and I half expect to see tumbleweed rolling past.

Nothing much happens in the morning on the Vegas Strip, because no one is around. They're all sleeping off their bad decisions from the night before, or waking up and swearing that they definitely, probably, hopefully, won't do it all again tonight.

And yet, I'm not. I'm not because I barely even had a drink the night before, because I'm here on my own. Vegas solo: it's a strange feeling, like turning up to a party full of people you don't know. You don't instantly dive into the celebration. You stand back a little bit, take it all in, leave time to ponder the city's ridiculousness.

I've been to Las Vegas before and done it properly. I came here on the ultimate cliché, the bucks party. I've seen the classic side that the city is so famous for. And now I'm back here on my own, and it's weird.

The thing is, Vegas is a city that deserves company. It's a party city. It's a place people come to in groups to go wild. It's safe for solo travellers, undoubtedly. But of all the times I've been here, I've enjoyed myself a lot more with friends. Gambling on your own isn't fun; it's sad. Doing karaoke in some seedy bar also feels weird without a support crew.

Going out to clubs, going on roller-coasters, drinking neon drinks out of plastic yard glasses, going to pool parties or places you know you'll regret – they are all more fun with friends. I'd leave Vegas until you can visit with a few of them. 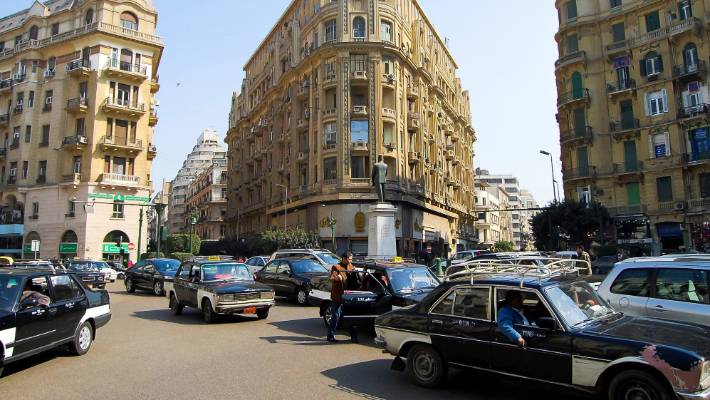 Cairo is big and intimidating. It's chaotic. It's a ramshackle.

He's driving fast, too. He's talking to other cab drivers who pull up next to him, yelling in rapid-fire Arabic. Those drivers are looking at me in the back seat, I'm flapping my arms in what I think looks like an aeroplane motion, we're driving again for another few minutes and then repeating the whole process with another driver. How is it that no one in this city knows how to get to the airport?

And yet, this is Cairo. Cairo is big and intimidating. It's chaotic. It's a ramshackle. It's in your face. It's the kind of place where things don't always go the way you assume they will, where something as simple as catching a taxi to the airport can become a high-stress activity.

To put it bluntly, travelling in Cairo is not easy. This is particularly true if you're alone, and even more so if you're a woman. Solo female travellers quickly become a focus of attention in Cairo, attention that's not always welcome. The intimidation factor will be high here.

That doesn't mean that solo travellers of any gender can't visit Cairo. There's a lot to love about this city and plenty of well-meaning locals happy to help you out. If you're after comfort, though, and ease of movement, and even peace of mind, I would leave this one until you have company – and a driver who knows where the airport is. 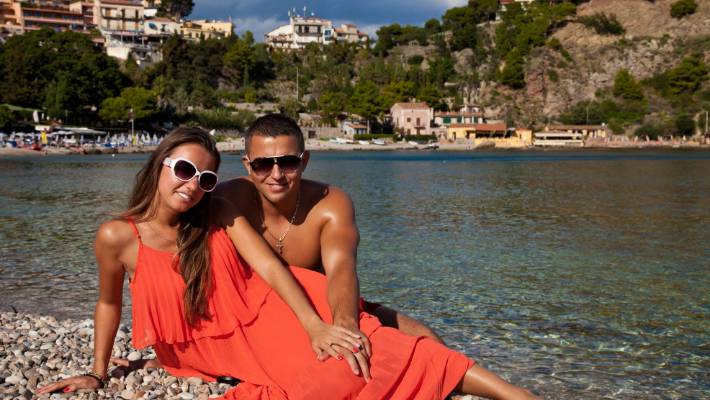 It's sunset, which is prime smooching time. Some of the couples here are being professionally photographed in this intimate moment, while others take iPhone selfies to post on Instagram and wait for the envy to arrive. A few more are settling for simply burning the moment into their memories.

The place is Taormina, a mountain town on the eastern coast of Sicily. The balcony is part of the town's main square, a spectacular spot that opens out to views of the Mediterranean, the Sicilian coastline, a perpetually smoking Mount Etna and the slowly setting sun.

This might just be one of the most romantic places in the world, a fact that's rammed home to anyone who might have been strangely unaware by all of the couples celebrating their couple-ness on the streets and lanes and balconies and restaurants of this lovely little town. A little kiss here, a bit of hand-holding there. The weather is warm and the nights are long. It's perfect.

The only problem with all this love and lust is when you're travelling alone. I'm the weird guy drinking wine bought by the glass, taking solo selfies at spectacular locations and slurping strands of spaghetti with no one attached to the other end.

Taormina is unbelievably beautiful. However, given its status as a romance capital, it's maybe not ideal for solo travellers. 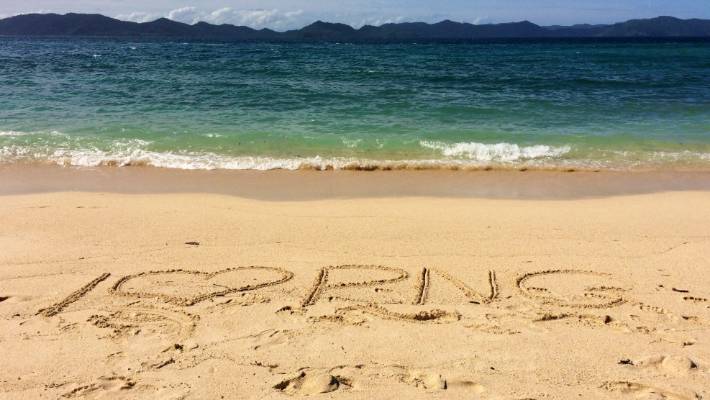 Papua New Guinea is an incredible place, but it's also unpredictable and sometimes dangerous.

There are more than 7 million people living in Papua New Guinea, who hail from more than 7000 different cultural groups and speak over 800 different languages. Is it any wonder there are problems in this country? Is anyone really surprised at the odd outbreak of violence?

Of course, there's more to PNG than tribal conflict. Those 7000 cultural groups produce one of the most diverse and interesting adventure travel destinations on the planet, where every town is a new country.

I've seen things in this amazing nation that I never even believed existed. I've been to a Baining fire dance, a ceremony up in the mountains near Rabaul that involves men in huge masks emerging from a pitch-dark forest to leap through flames and dance on a bonfire. I've hung out with traditional boat-makers at the Kenu and Kundu Festival in Alotau and done some of the best scuba-diving of my life in PNG.

I've done all of this, however, with company: safety in numbers. Papua New Guinea is an incredible place, but it's also unpredictable and sometimes dangerous. Go there with people who know what they're doing.