Some hawks in NDC are influencing the Minority not to cooperate with us – Afenyo-Markin - MyJoyOnline.com 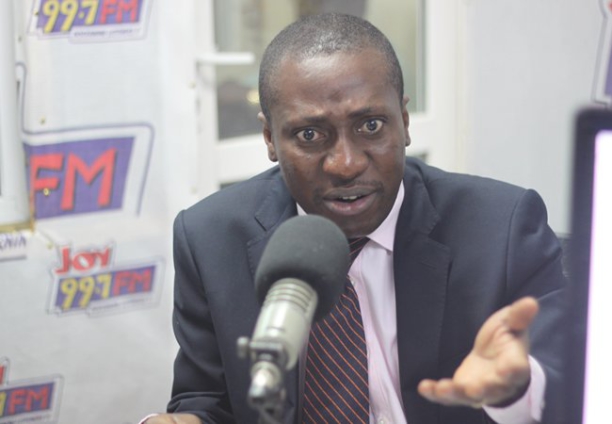 The Deputy Majority Leader has accused the opposition National Democratic Congress (NDC) of frustrating government business by influencing its lawmakers not to cooperate with the governing New Patriotic Party (NPP) in Parliament.

According to Alexander Afenyo-Markin, whenever the Majority Caucus makes headway with the Minority, some NDC “hardliners” step in, thus, making the efforts futile.

This partisan prioritisation, the Efutu MP believes has disrupted the passage of several government policies including the controversial Electronic Transaction Levy (E-levy) bill.

“Some senior members from both sides have been engaging on this, we’ve had out of Parliament discussions, sat at round tables and both sides agree that we must make headway on this matter.

“But there are some hardliners, some hawks, some external forces on the side of the NDC who still believe that for this to go through, their chances of coming into power in 2024 will be slipped, therefore, they have to hold this and squeeze as much blood out of it,” he said on Accra-based Citi TV on Monday.

Commenting on the hibernation of the E-levy, the Effutu lawmaker stated that government prioritises consensus building.

In view of this, despite the intrusion of the NDC party, the Majority Caucus is actively engaging the Minority on the passage of the E-levy and other key decisions that government needs parliamentary approval for to enable to effectively govern.

“The reason why we have still not proceeded [with E-levy] and we are still engaging simply tells you that we believe that there must be some consensus. The 1.5% reduction was not accidental, [it was after consensus]. If we don’t appreciate that we need to have consensus, we wouldn’t have engaged them,” he stated.

“We have been engaging, and the engagements appear positive, and I believe that if the way we are going, we are able to proceed on that path, we will be able to go through with this,” he stated.

The proposed levy, which was expected to come into effect in January 2022, is a charge of 1.75% on the value of electronic transactions. It covers mobile money payments, bank transfers, merchant payments, and inward remittances. There is an exemption for transactions up to ¢100 per day.

Explaining the government’s decision, the Finance Minister revealed that the total digital transactions for 2020 were estimated to be over ¢500 billion (about $81 billion) compared to GH¢78 billion ($12.5 billion) in 2016. Thus, the need to widen the tax net to include the informal sector.