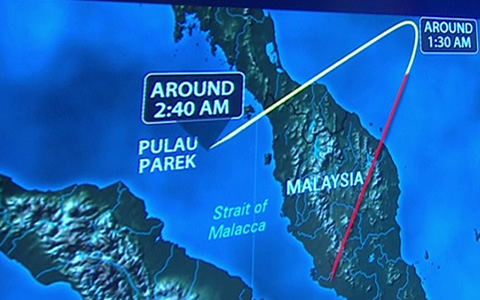 The westward turn that diverted the missing Malaysia airplane from its original path toward Beijing was programmed into a computer system in the plane's cockpit, The New York Times reports.

This evidence means that the turn back toward Malaysia and the Indian Ocean was not made by someone manually operating the plane's controls.

And whoever programmed the Flight Management System likely had knowledge about airplane systems, which further points to the plane's captain and first officer as possible suspects.

To alter the plane's path, someone would have had to type seven or eight keystrokes into the computer system that sits between the captain and the first officer, according to the Times. It's not clear whether the turn west was programmed before or after the plan took off.

American officials and aviation experts told the Times that it's unlikely a passenger could have reprogrammed the system to divert the plane from its planned course.

Flight 370 had 239 people on board and has been missing for more than a week. So far, investigators have found no trace of it.