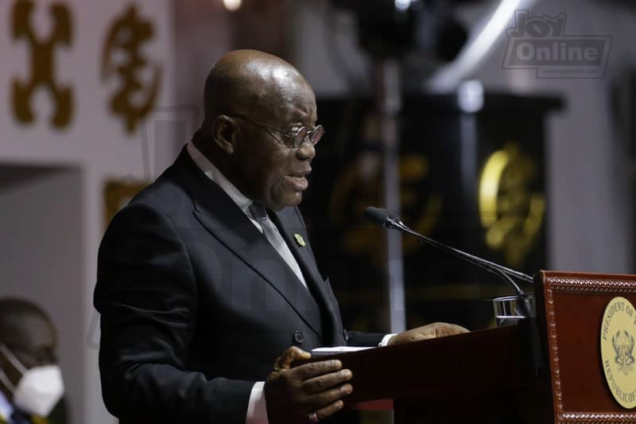 President Akufo-Addo has reaffirmed the commitment of his administration to improve the welfare of the Ghanaian teacher.

“I acknowledge that the teacher is at the centre of every reform in the field of education. Prioritising the welfare of teachers remains a key objective of government,” he stated.

The President also added that the Ministry of Education is working tirelessly to ensure the implementation of the National Teacher Policy.

He gave the assurance that new developments on the policy will be communicated to the House.

According to the Commander-in-Chief, many laudable initiatives have been undertaken by the government following the restoration of teacher training allowances.

He indicated that both teaching and non-teaching staff are presently receiving allowances from the government.

However, the Association has called of its strike action due to an injunction secured by the National Labour Commission.

Meanwhile, the National Chairman for the Association, Zakaria Mohammed on behalf of the Association is engaging the government and other relevant stakeholders to address the said grievances.