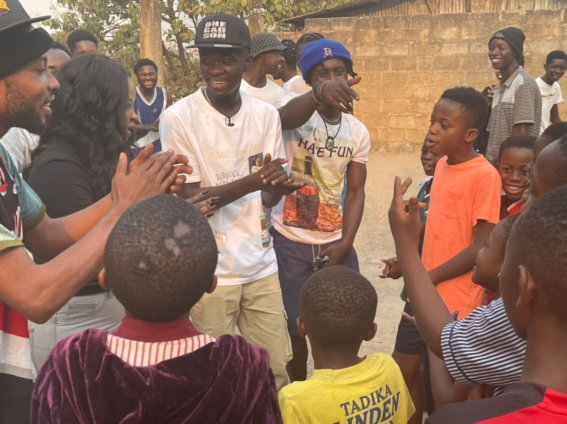 Speaking on E Vibes with Becky, the ‘Sore’ hitmaker said the track came to him as a message in his sleep after criticisms that the ‘Kumerica’ style of music was not going to work.

According to him, after hearing the ‘Sore’ several times in his sleep, he decided to work on it and got the Asakaa Boys to feature on the song.

“The Sore came about, when the whole Kumerica thing started, we were hearing people say that this Kumerica was never going to be on top. The ‘Sore’ came as a message in my sleep. I was hearing it several times and I said, I should use this thing. So I wrote it down, I got the beat, I linked the Asaaka Boys then we did it,” he said.

Yaw Tog is a Ghana-based African rapper and songwriter. He became famous while still a youngster after releasing his debut single, Sore, in September 2020. Many fans streamed and downloaded the song which went viral on the internet.

It dominated the Ghanaian Apple Music Chart for several weeks. UK’s Stormzy and Kwesi Arthur of Ghana collaborated on the song’s remix.