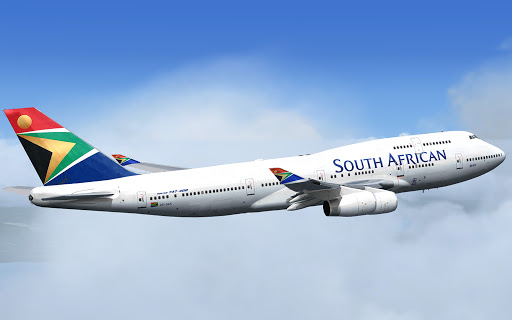 The plan includes about 17 billion rand that will go toward repaying South African Airways creditors, the bulk of which was allocated by the National Treasury earlier this year, according to a draft copy seen by Bloomberg. A further 4 billion rand is needed for retrenchments and working capital, the proposal says.

The draft plan “is for discussion purposes only and we await comment from the affected persons,” a spokeswoman for the administrators said, adding that the team has until June 8 to finalize a rescue proposal. South Africa’s Public Enterprises Ministry, which is responsible for SAA, said it hasn’t yet discussed the plan and no decisions have been taken.

While the funding agreement has yet to be finalized, a deal of this nature would represent a truce between the government and SAA’s business-rescue team over the airline’s future. The administrators, appointed in December, had an earlier request for state funding rejected in April, and subsequently proposed firing the entire workforce to stave off liquidation.

Public Enterprises Minister Pravin Gordhan strongly objected to that plan, and announced his ambitions for the creation of a new airline at the start of the month. President Cyril Ramaphosa reiterated the government’s intention to revive SAA on Sunday, saying he sees a bright future for the carrier.

South Africa’s National Treasury put aside 16.4 billion rand to repay SAA’s creditors in February’s budget, although the funding has yet to be handed over. The carrier’s two biggest commercial lenders are Johannesburg-based rivals Nedbank Ltd. and Absa Group Ltd., according to the rescue plan. A short-term loan of 2 billion rand from a consortium of banks comes due by the end of July, as does a 3.5 billion-rand financing package from the Development Bank of Southern Africa.

SAA’s commercial passenger planes have been grounded since late March, when the government closed borders for non-urgent travel to contain the coronavirus. Some domestic flights are being allowed to operate as of Monday for business purposes, though SAA had previously reduced its local services to a single Johannesburg-Cape Town route.

The administrators said they had identified two potential strategic investment partners before the Covid-19 pandemic brought the international aviation industry to its knees. A third company had shown an interest in forming an alliance, according to the draft plan. All talks are on hold while the industry recovers.