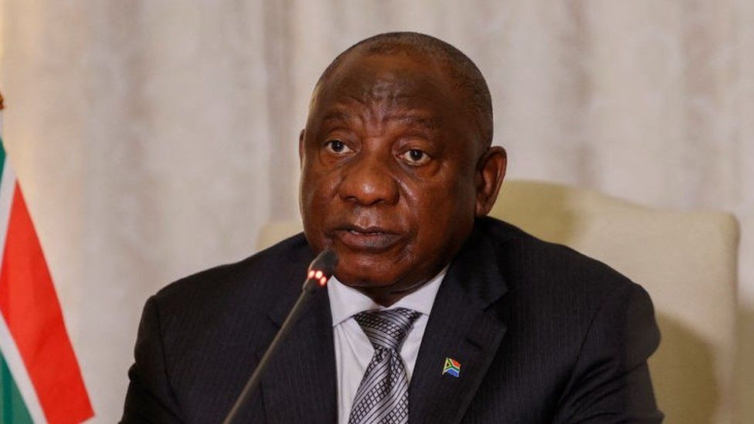 South Africa’s President Cyril Ramaphosa had to leave a May Day rally after workers stormed the stage where he was speaking.

Chanting “Cyril must go,” they held up signs demanding a wage increase during a ceremony in a stadium near the north-western city of Rustenburg.

The protesters, who worked at a local mine, have been striking for weeks.

President Ramaphosa tried to address the miners’ concerns but was greeted by booing.

“We have heard that message and we will be dealing with that matter,” he is quoted as telling the miners by the IOL news site.

He also pledged to speak to the relevant authorities to meet their demands, IOL reports.

In a two-minute video of the disruption, the president can be seen making repeated attempts to calm the workers down, only to be greeted with further jeering and booing.

At Sunday’s event, which had been organised by South Africa’s trade union federation Cosatu, police had to step in while a bodyguard led the president away from the venue, according to IOL.

The workers were from Sibanye-Stillwater, which is a metal mining company and the world’s largest primary producer of platinum, according to its own website.

South Africa’s economy has been hit hard by the Covid crisis, and unemployment is now around 35%.

Mining is one of South Africa’s most important sectors – accounting for 8-10% of national income and employing almost 450,000 people – but it has been in decline in recent years.