South Koreans head to the polls to choose a new president Tuesday amid concerns about the economy, corruption and their relationship with North Korea.

The hasty election comes after Park Geun-hye, the country's first female president, was impeached in a corruption scandal that allegedly connected her to business giants Samsung and the Lotte Group.
Many voters say they're angry at Park — once known as the "people's princess" — and are ready for transparency.
"The electorate wants to punish the whole party for the misrule of the Park era," said John Delury, a professor at Yonsei University.
The Democratic Party's Moon Jae-in, who ran against Park and lost in 2012, is seen as a "clean" candidate and has led most polls ahead of the vote.
More than 11 million people — about 26% of the electorate — have already participated in early voting, according to the national election committee.
The Constitutional Court's March decision to uphold Park's impeachment sparked violent protests that left three people dead, though the pro- and anti-Park demonstrations in following days were peaceful.
Park has since been indicted for bribery and abuse of power.
Prime Minister Hwang Kyo-ahn is serving as acting president until the election's winner is inaugurated.

Despite the global focus on North Korea, the biggest priorities for South Koreans are the economy and corruption, according to a recent poll from RealMeter.
The country's stock market closed at a record-high Monday, but voters are concerned about holding on to their jobs.
"We saw recently a slightly bad side of our government," said college student Nam Woo-hyu, 26. He said the most important issues for him in the election were "the job market for young people and economic development." 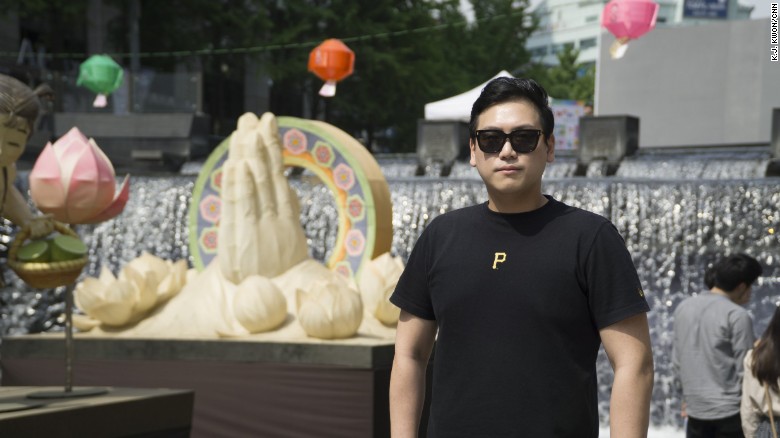 "The important issues for me are the job market for young people and economic development. I hope the next government will improve the situation," said 26-year-old college student Nam Woo Hyun.
But whoever becomes president could also dramatically alter the current state of affairs on the Korean Peninsula starting day one — the winner will immediately take charge.
As the rogue communist state of North Korea continues to steam ahead in its quest for nuclear weapons and long-range missiles, US President Donald Trump has vowed to stop Pyongyang's progress.
Trump has sent warships and submarines to the region in a show of force, and the administration says it will try to work with its allies and China to pressure North Korean leader Kim Jong Un into abandoning his country's nuclear and missile programs. North Korea has responded defiantly with its own military drills and hostile rhetoric.
With former President Park, Trump would have had a partner willing to take a hard line on Pyongyang. But Moon is seen as a candidate who could shake up the status quo in Seoul, especially when it comes to dealing with his northern neighbor.
Moon was a strong proponent of the "Sunshine Policy," an attempt to improve relations between the two Koreas from 1998 to 2008, and served as chief of staff to former South Korean President Roh Moo-hyun.

'Tragedy will be extended'

The day before the election, North Korean state media took a shot at the departing conservative government.
"The tragic North and South Korean relationship had been brought on by the conservative groups, which have been in power for the past 10 years.
They revived the period of confrontation and maximized the political and military confrontation," the commentary in the state-run Rodong Sinmun newspaper read.
"If the conservative clique is to come into power again, the tragedy will be extended," read the piece, which was credited to a personal contributor named Shim Chol Yong.
Some analysts say North Korea has toned down its provocations toward the South ahead of the election to avoid emboldening the country's hard-liners.
The two other leading candidates, centrist Ahn Cheol-soo of the People's Party and conservative Hong Jun-pyo of the Liberty Korea Party, are much tougher on North Korea than Moon.
A May 3 poll from Gallup had Moon ahead at 38% with Ahn, the next closest challenger, at 20%.
Also running are 11 other candidates including Yoo Seong-min of the Bareun Party and Sim Sang-jung of the Justice Party.
Tags: