Speaker cannot be blamed for the delay in passing E-Levy - Aseidu Nketia - MyJoyOnline.com 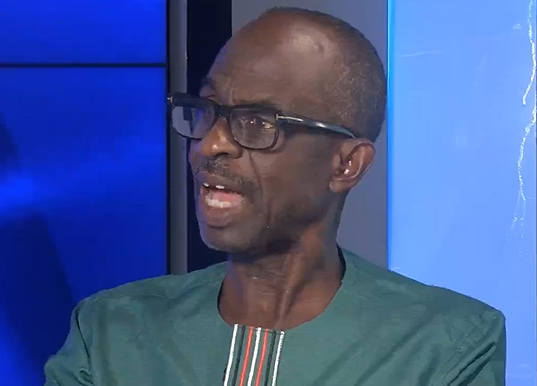 The General Secretary of the opposition NDC, Johnson Asiedu Nketia, says the government cannot blame anyone, especially the Speaker of Parliament Alban Bagbin, for the delay in having the Electronic Levy bill (E-Levy) passed.

According to him, Speaker Alban Bagbin, since the resumption of Parliament in 2022 has been in the House expecting the government to put the bill up for discussion and subsequent voting.

But, it is the government that delayed the discussion; moving the decision from one day to another till the Speaker had to seek medical attention, Mr Neketia said.

Speaking on The Pulse on JoyNews, on Monday, he stated that “the Speaker has done absolutely nothing. There are people who are reneging on their responsibility and they want a scapegoat, so they get out there blaming the Speaker, blaming the Minority, blaming everybody but themselves.”

“Again, the Speaker was available all week. It had been announced that the E-levy would be taken on the 25th of January and the Speaker was in the House from 25th to 29th. So, what were they doing? If the Speaker has to leave because of a medical situation, you are now blaming him, when he was here with your 138.”

This comes after Majority Chief Whip, Frank Annoh-Dompreh had described the Speaker’s frequent absence, especially during critical decisions in the Chamber as worrying.

His comment had followed Speaker of Parliament, Alban Sumana Bagbin’s announcement that he would be travelling outside the country for another medical review and return on March 4.

Interacting with the press on Thursday, the Nsawam-Adoagyiri MP said, “it is worrying; I mean, I can’t pretend about it.”

This practice, Mr Annoh-Dompreh believes, should be reviewed for a more productive alternative that will benefit the country and the legislative arm of government.

Adansi Asokwa MP, KT Hammond says there should be no E-levy debate and subsequent voting on the floor of Parliament in the absence of Speaker Alban Bagbin.

Speaking to JoyNews’ Kwesi Parker Wilson, he said that once Speaker Bagbin is not presiding over the debate, the Majority Caucus would not have enough numbers to get the bill passed.

He added that both sides having 137 members each, could bring the House to another feuding moment.

But, Aseidu Nketia believes that the NPP has no one to blame for the government’s woes on E-levy and its passage.

“He is not a problem, we cannot blame the Speaker. This statement that the Majority are issuing they are borne out of mischief and ignorance. Because you say you have 138 members of Parliament, which makes you Majority, what happens in Parliament?”

“How does Parliament take decisions? Parliament takes decisions by majority vote, so if you cannot approve of anything with your 138, why do you come and blame somebody,” he added.

He alleged that some NPP MPs are against the levy hence the leadership are having a tough time putting them together for the discussion and voting in the House.

Mr Nketia said that “the truth of the matter is that the NPP MPs themselves, they don’t think that the e-levy is a good thing, that is why their leadership is not able to get all the 138 members to vote.”

He stressed that the Speaker is not mandated to do government business,“ he is there to serve as an umpire.”