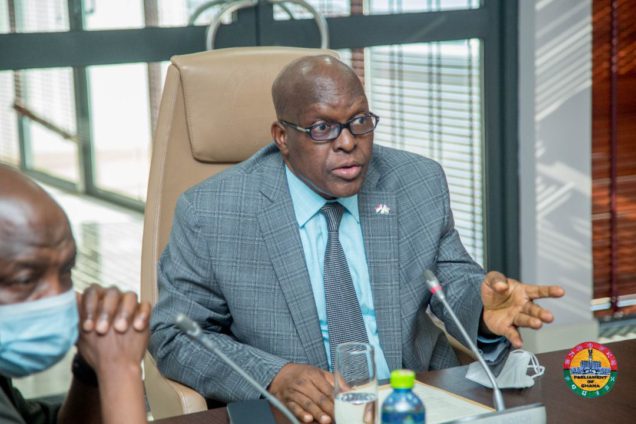 The Speaker, Alban Sumana Kingsford Bagbin has called for a sober reflection and recollection on the life and legacies of Members of Parliament who served the House with distinction.

He said the work of Parliament can be very challenging and mostly comes with its own peculiar challenges especially for new entrants and must therefore be appreciated when well executed.

The Speaker made the remarks when the family of the late MP for Nkwanta South, Gershon Kofi Bediako Gbediame, called on him in Parliament on Tuesday.

The family of the late Nkwanta South legislator, led by a former Minister of the Volta Region, Mr Joseph Amenowode, called on the Speaker to officially announce the death and funeral arrangements of Mr Gershon Kofi Bediako Gbediame to the House.

Mr Gbediame passed while on admission at the Korle Bu Teaching Hospital in September this year.

The Speaker paid glowing tribute to the memory of the deceased MP and described him as a humanist and vibrant teacher.

Through hard work, he said Mr Gbediame became instrumental in the many initiatives and programmes of the Parliamentary Christian Fellowship (PCF).

Speaker Alban Bagbin described him as a selfless man whose life ought to be celebrated and not mourned.

He indicated to the family that he will on Wednesday, November 24, provide an opportunity on the floor of the House for members to pay tribute to the memory of their departed colleague.

He further assured them of the readiness of Parliament to support the family to give him a befitting funeral.

The leader of the delegation who is a former MP for Hohoe South,  expressed gratitude to the Speaker for the support given the family.

The late Gershon Gbediame will be laid to rest on Saturday, November 27, 2021 in his hometown Pusupu in the Oti Region.