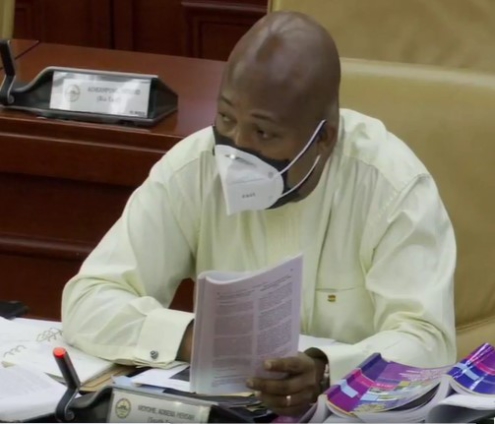 According to him, “Per the Constitution and the Standing Orders of Parliament, the power to appoint members to a Committee vests exclusively, in the full House, acting on the recommendation of the Committee of Selection,” thus, the authority is also vested in the House to either accept or reject the resignation of Mr. Ablakwa.

His comments come on the back of the sudden resignation of Sam Okudzeto Ablakwa from Parliament’s Appointment Committee citing “personal” reasons.

“I shall like to state that the reasons for this difficult decision are both personal and on principle,” was all Mr Okudzeto Ablakwa alluded in his letter dated March 30.

Following this, the MP for North Tongu in a Facebook post expressed his gratitude to Speaker Alban Bagbin for a “fruitful” meeting and for accepting his resignation.

However reacting to the incident, Mr. Barker-Vormawor said the Speaker could not have received and accepted the resignation letter, as he has no constitutional mandate to do so.

He said, “I argue that the decision to accept a resignation from any member of a Committee also vests in the full House, acting on the advice of the Standing Committee.”

Further questioning the presentation of the resignation letter to the Speaker, Mr. Barker-Vormawor explained that “any resignation from a Committee as constituted must be addressed to the appointing authority; in this case, the full House, acting through the Selection Committee.

“Presumably, the Member may also address the resignation to the Selection Committee through the Leader of the Member’s Party, or to the Members of that Party. Definitely not to the Speaker.”

“In any event, even where a notice of resignation is addressed to the Speaker, the Speaker acts only as a conveyor belt who must deliver the resignation letter to the entire body of the Selection Committee, the Members of the Parliamentary Party to which the Member belongs or the Leader of that Party,” he added.

Thus, Mr. Barker-Vormawor is of the opinion that the resignation of the North Tongu MP cannot take effect until “His resignation is considered with approval by the Selection Committee; He is added to another Standing Committee, and the House adopts the reconstitution of the Committees.”

“Until such a series of events are procured, Mr Okudzeto Ablakwa’s resignation rests in abeyance and the Rt Hon Speaker Bagbin’s purported acceptance is ineffectual,” he concluded.

DISCLAIMER: The Views, Comments, Opinions, Contributions and Statements made by Readers and Contributors on this platform do not necessarily represent the views or policy of Multimedia Group Limited.
Tags:
Appointments Committee
Oliver Barker-Vormawor
Resignation
Samuel Okudzeto Ablakwah