Special prayers to be held for victims of Ejura incident - MyJoyOnline.com

Special prayers to be held for victims of Ejura incident 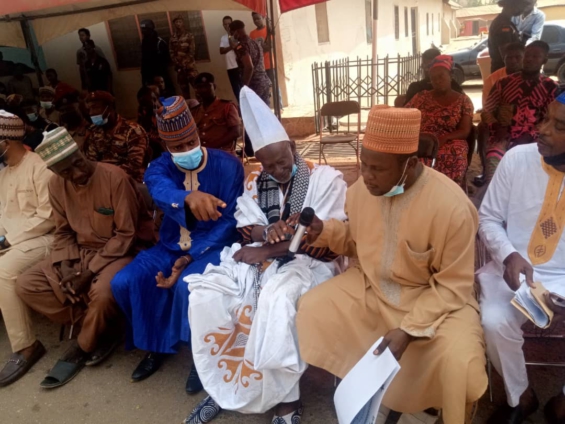 A special prayer event will be held on Thursday, June 30 for victims and persons who lost their lives in the Ejura disturbance between the Police and some irate youth.

The prayers would be held on the theme, “The Role of Justice in Ensuring Peace-building and Community Reconciliation.”

According to the Joint Committee of Victims of the Ejura Incidents, “the event will also explore ways in which peace building and reconciliation in communities that have witnessed violence can be enhances by deploying criminal and civil accountability mechanisms.”

Among the various activities to be organised as part of the Dua’a prayers is a clean-up exercise of the cemetery where the deceased were buried and a Qur’an recital and prayer at Maame Dede Johnson Ajaara Park in Ejura.

On Monday, June 28, 2021, it was reported that a social activist, Ibrahim Mohammed – who was attacked by assailants at Ejura on Saturday dawn – had died.

The deceased was attacked by two assailants, who had allegedly been arrested by the Police. He was repeatedly struck on the head with objects until he lost consciousness.

This news left many Ghanaians and some youth in Ejura in shock.

While others took their anger to their online platforms, the youth in the area took to the streets demanding justice for the murdered social activist.

The youth stormed the Police station on Tuesday morning to inquire about the extent of investigations regarding the murder of their colleague, stressing that they want the Police to leave no stone unturned in bringing the perpetrators to book.

However, things turned turbulent as the joint Police and Military team accosted the agitated youth on the streets. Two persons were shot in the process.

President Akufo-Addo, following the disturbances, called on the Minister for Interior, Ambrose Dery, to conduct a public inquiry into the circumstances that led to the death of two persons in Ejura that fateful Tuesday.

A press statement signed by the Director of Communications at the Presidency, Eugene Arhin, indicated that the President has given the Minister, ten days to provide a detailed report on actions to be taken.

A three-member committee set up to investigate the matter made 10 recommendations for government’s consideration.

According to the Committee, his continuous presence as MCE would exacerbate the already tense security situation in Ejura.

On July 15, Mr. Bamba withdrew his application for re-appointment as MCE for the area.