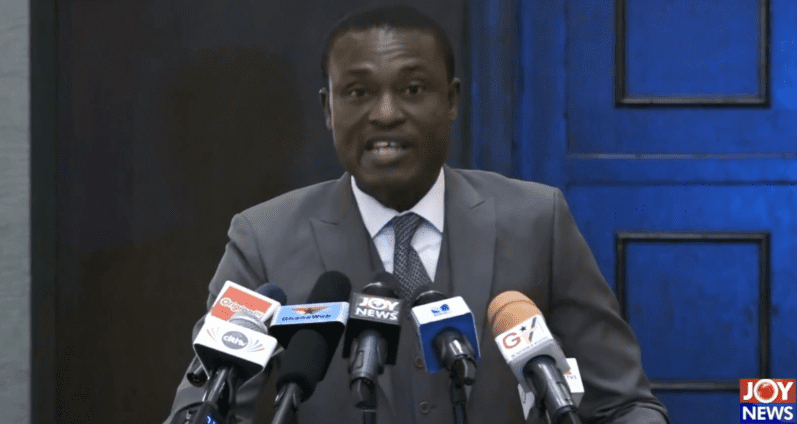 In the case of the Committee, it will consider the issues regarding the seizure and management of excavators, machinery, road vehicles and gold nuggets.

In a press release issued on Monday, October 10, the Office of the Special Prosecutor said there is an ongoing enquiry into allegations of use of public office for profit against Charles Bissue during his tenure as secretary to the IMCIM.

“The investigation further targets the activities of Akonta Mining Limited and other companies; nationals of foreign countries allegedly involved in illegal mining, and allegations of corruption and corruption-related offences against some Municipal and District Chief Executives and political party officials,” the press release added.

President Akufo Addo has vowed to deal with persons within his government who may be found complicit in illegal mining activities.

“I am not here to threaten anybody, but I want you to know that this is a struggle that I take very seriously and I will not be in a position to protect anybody against who evidence is massed up about their complicity in this matter.

“I am a lawyer and I always deal with facts and when the facts are brought against you, you will be invited to comment on them. If the response is not satisfactory, you can guess to yourself what the consequences will be,” the President said.

Mr Danso, however, is yet to respond to the summon.

“Your colleague in Bosome Freho has been summoned by the Minister for Local Government to come and answer [questions over the public accusations], and depending on the quality of his response we will decide what the future holds for him,” the President said.

According to Mr Akufo-Addo, other claims involving leaked audio in which the DCE is heard claiming some percentage from a share of mining concession would be investigated thoroughly.

DISCLAIMER: The Views, Comments, Opinions, Contributions and Statements made by Readers and Contributors on this platform do not necessarily represent the views or policy of Multimedia Group Limited.
Tags:
Akonta Mining
Charles Bissue
Galamsey
Illegal mining
Special Prosecutor Kissi Agyebeng