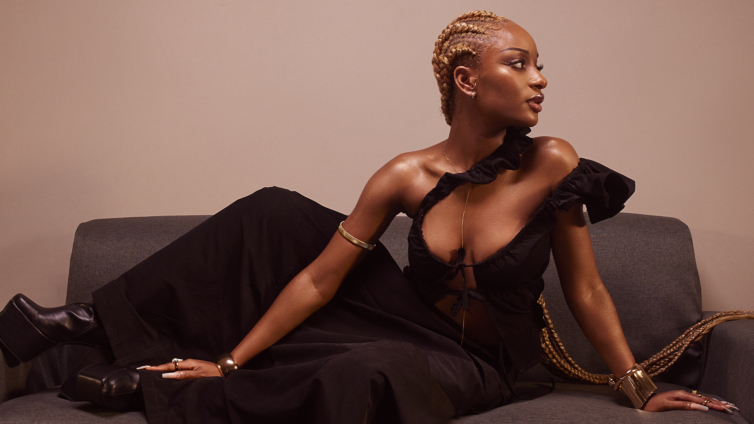 Ayra Starr is impossible to ignore. Born in Benin Republic, the 19-year-old was raised between its beach city, Cotonou and the cultural hub of Lagos, Nigeria.

This mix of cultures inspires her global approach to music, art and life.

She’s inspired by the regal earthiness of Angelique Kidjo, Rihanna’s feisty confidence, as well as 90s fashion icons, and the edgy aesthetic of emo-pop.

Ayra describes her sound as Afrosoul, told in an intoxicating voice that evokes a Gen Z queen-in-waiting. Drawing from influences like classic Yoruba and Beninese music & artists like 2Face and Wande Coal, her music speaks for a generation of girls around the world who are finding themselves, united by angst and emojis.

Her strength comes from a close-knit family of music lovers, including her brother with whom she often writes songs. This ingrained love of art also manifests in her interests; she enjoys risque television shows and has experience as a model.

She announced herself to the world on January 22 with an eponymous 5-track EP, which produced the No.1 single, “Away” and spurred viral moments in the UK as well. But Ayra Starr’s moment will come months after releasing her debut studio album- 19 & Dangerous.

The celestial being’s 2021 was replete with multiple number 1s, unprecedented cosigns, and organic virality- all crescendoing in a MOBO awards nomination in just under a year of unveiling.

2022 has proceeded in similar style. Collaborating with multiple artists across the continent and featuring on two bestsellers with her label mates, Ayra continues on her upward trajectory.

Already, Ayra Starr is the second most nominated artist at the Headies- Africa’s premier music awards, and has a BET nomination under her belt. With a strong opening statement and millions of fans waiting for her next move, Ayra Starr is giving black girls a new voice.