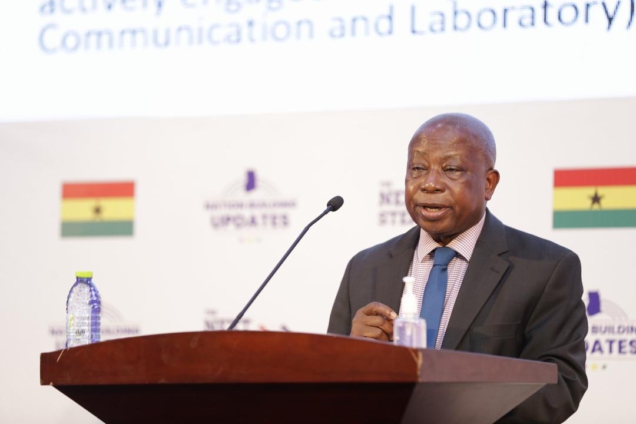 This amount is said to have been paid by government in the Health Ministry’s bid to procure the Russian vaccines through a middleman.

These are the conclusions of a 28-page report on the findings of the Ad-hoc Committee investigating the contract between government and Sheikh Ahmed Al Maktoum for the supply of Covid -19 vaccines.

The nine-member Committee also looked into the circumstances under which the Health Minister, Kwaku Agyeman-Manu, entered into a deal with the Sheikh and S.L Global without seeking Parliamentary approval.

The Minister has already told the Committee that exigencies of the pandemic and the need for urgent response led him to take unilateral decisions that the Minority find questionable.

“I was in a desperate and helpless situation with the management of the Covid numbers. In February [this year], we had 78 deaths; by March, we had 56 deaths, and these were the numbers that pushed me to act,” he told the committee on July 19, 2021.

“Those were not normal times and I was seriously in a situation that didn’t make me think properly, the way you think that now I will actually abreast myself with the situation.”

After weeks of sitting, the Committee, chaired by Alexander Afenyo-Markin, found that indeed, “the Ministry of Health did not comply with the requirements of Article 181 (5) of the Constitution in respect of its Agreement with Messrs Al Maktoum.”

The Committee, however, disagreed with the justification given by the Minister for his actions.

“The Committee is of the opinion that even if the situation in the country at the time the Agreement was signed was that of an emergency, due process of law should have been followed because Parliament would have treated the issue with the urgency it deserved and the appropriate action would have been taken accordingly,” parts of the document read.

The report is due to be laid in Parliament for approval later today.

DISCLAIMER: The Views, Comments, Opinions, Contributions and Statements made by Readers and Contributors on this platform do not necessarily represent the views or policy of Multimedia Group Limited.
Tags:
Finance Minister
Health Minister
Kwaku Agyeman-Manu
Probe
Sputnik V vaccine