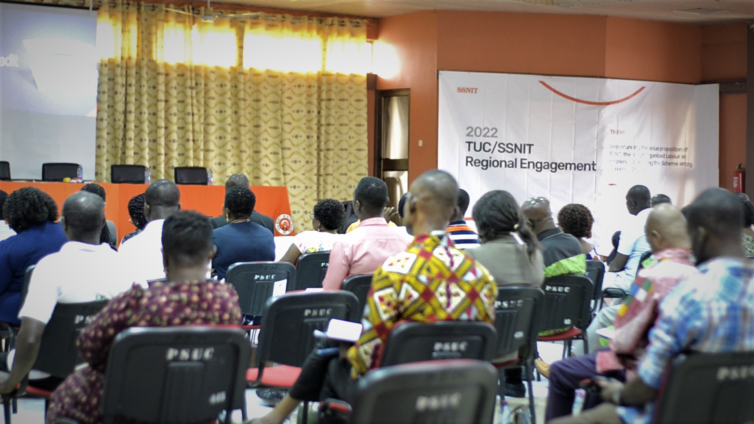 The Social Security and National Insurance Trust (SSNIT) says it has made a ¢60 million savings after halting the printing of the SSNIT biometric cards for members in 2018.

The Director-General of SSNIT, Dr. John Ofori-Tenkorang, indicated the adoption of the Ghana Card by the institution has been of tremendous benefit in its operations.

He spoke at the 6th regional meeting of SSNIT in Kumasi.

The regional meetings of SSNIT are aimed at sensitizing regional and district leaders of the Trades Union Congress (TUC) about the scheme and the benefits offered to members to enable them to plan effectively toward retirement.

SSNIT has currently merged the identity of more than 1.9 million Ghanaians to the National Identification Card.

The Director General of SSNIT, Dr. John Ofori-Tenkorang, explains how the Ghana Card has saved the cost of printing SSNIT cards.

Meanwhile, Deputy General-Secretary of the Trades Union Congress (TUC), Joshua Ansah, has bemoaned the meagre salaries employees receive which he says is affecting their retirement benefits.

The forum was on the theme: “Understanding the Value Proposition of SSNIT; the Role of Organized Labour as Partners in Promoting the Scheme among Workers in Ghana”.

He encouraged, “employees to take keen interest in their social security contributions and check their SSNIT statements periodically’’.