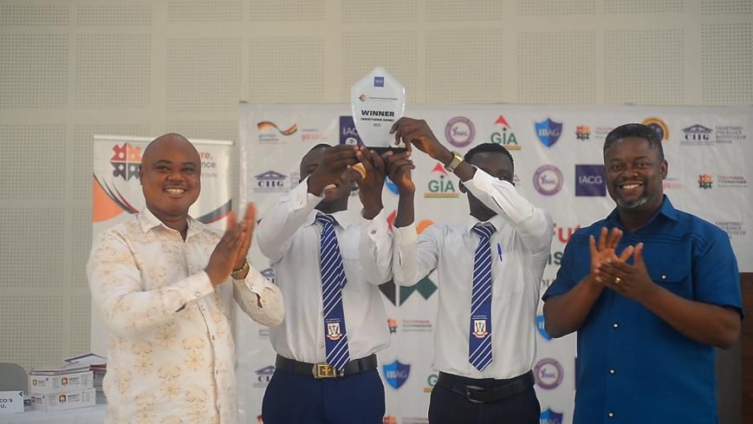 The Upper East Region-based education college beat its fierce opponents from the Bolgatanga Technical University to win the debate.

After rounds of a competitive intellectual debate, St. John Bosco College amassed the highest score of 72, with Bolgatanga Technical trailing with 65 points.

A total of 16 Insurance Awareness Clubs from selected tertiary institutions nationwide, engaged in the debate competition.

The debate will offer the opportunity for students and stakeholders to share perspectives of tertiary students to inform the insurance industry.

It will also clear insurance misconceptions and empower the students to be change agents within their communities.

The contest forms part of the ‘Think Future Think Insurance’ educational campaign by the IACG.

A representative of the Chairman of IACG, Gabriel Kwame, said the contest would nurture and grow the penetration rate of insurance.

“In a growing economy, you need people who understand financial products. If we can impart critical knowledge of insurance at this stage, they would grow into real future leaders and enhance our economy. With this, penetration rate of insurance will grow in Ghana,” he said.

A Prime Time representative, Abigial Serwaa Wiredu, noted that the two zonal champions would compete together in the champion of champions to debate in the final competition on November 16.

“They [winners] will have internship opportunities, and increase their awareness level, get certificates, souvenirs and brochures,” she said.

Ashanti Regional Manager of the National Insurance Commission, Dennis Farouk Dramani, indicated that “… insurance coverage has actually grown from 2020 till now. It has jumped from 30% to 45% which is quite a very huge growth and this is because of some of these activities that we are undertaking in collaboration with GIZ.”