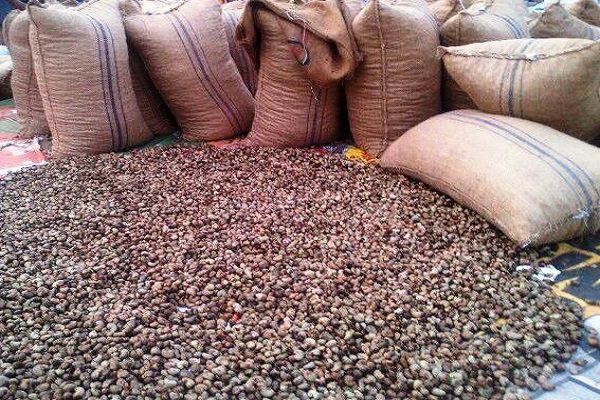 Some players along the cashew value chain in the Bono Region have expressed some reservations about the minimum producer price of raw cashew nuts for the 2022 crop season.

According to them, even though the move to regulate the producer price of the commodity is in the right direction, the price as announced by the Tree Crop Development Authority (TCDA) will not favour most stakeholders.

The cashew value chain players who spoke with JoyNews at Wenchi stated their readiness to comply with the GH¢5.00 per kilogramme for raw cashew nuts but entreated the government to consider a quick upward review.

It will be recalled that during the latter part of December last year, the Deputy Minister of Food and Agriculture (MoFA), Yaw Frimpong Addo, announced the minimum producer price for raw cashew nuts as GH¢5.00 per kilogramme in the Bono regional town of Wenchi.

The announcement came after years of advocacy by major stakeholders in the cashew industry to get the sector regulated and several promises by the duty-bearers to get it done.

Weeks after the announcement by the Deputy Minister of Food and Agriculture, players along the cashew value chain have demanded a quick upward adjustment of the minimum producer price of raw cashew nuts since the current GH¢5.00 per kilogramme will be detrimental to their development.

A cashew nut buyer, Hudu Ussif, said the pricing regime is good but added it will not help the farmers.

“The Minister said ‘outing 190 and not count 48’ and I think it is problematic because it will not favour the farmers since we are not assured of getting it here in March.

They should just do something about it,” he stressed.

For his part, Nana Anye Yeboah Denkyembu noted the new price will not help farmers since it is not different from what they were already receiving.

“I thought the government’s price for the raw cashew nuts will be a little higher than what we previously earned. Government should re-fix the price because the GH¢5.00 per kilogramme cannot help us,” he added.

Whilst waiting for a review of the current minimum producer price of the raw cashew nuts, players along the cashew value chain including farmers and traders have said they are hopeful that the 2021/2022 crop season will be favourable to them.

DISCLAIMER: The Views, Comments, Opinions, Contributions and Statements made by Readers and Contributors on this platform do not necessarily represent the views or policy of Multimedia Group Limited.
Tags:
MoFA
raw cashew nuts
Tree Crop Development Authority
Yaw Frimpong Addo