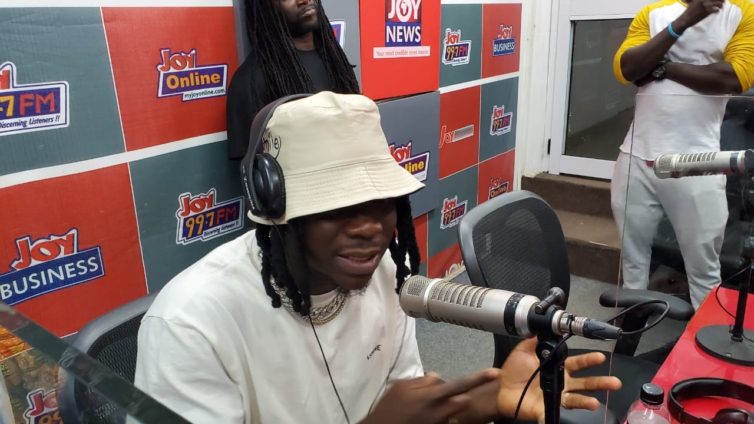 Reggae/Dancehall artiste Stonebwoy suspects someone in his camp released his new feature ‘Activate’ with Davido.

According to him, artistes work with numerous people on a song from the studio to shooting the video, thus, a member of one of the teams may have leaked the song.

“…by that time you don’t even know how this song went out. I don’t know if they thought we were gonna release the song the same day (but) it’s a very wrong thing to do,” he said in an interview on Showbiz A-Z.

Stonebwoy stated that it was unfortunate many people do not understand piracy is wrong regardless of the intention the person had.

“To just put somebody’s hard work out, we have lost a lot of money already,” he told George Quaye, host of the show.

Stonebwoy on Friday was unhappy his yet to be released song ‘Activate’ was leaked on Audiomack.

The song which features Nigeria’s Davido was recorded when the ‘If’ hitmaker came to Ghana for a holiday.

Stonebwoy in a tweet has threatened to take on the culprits who leaked his song without regard for the original owners.

He told George Quaye that his team is investigating to find who the culprit is.

The Sobolo hitmaker revealed that with the leak, more than half of his and Davido’s hard work has been pushed down the drain adding “what did they even gain?”

Stonebwoy said that Activate was ready to be released a month ago but with Davido releasing a new album a new date was set.

“We had to make sure we had the right timing, so we decided to move it to the first week of December, and now this, it must be an insider from somewhere,” he said.