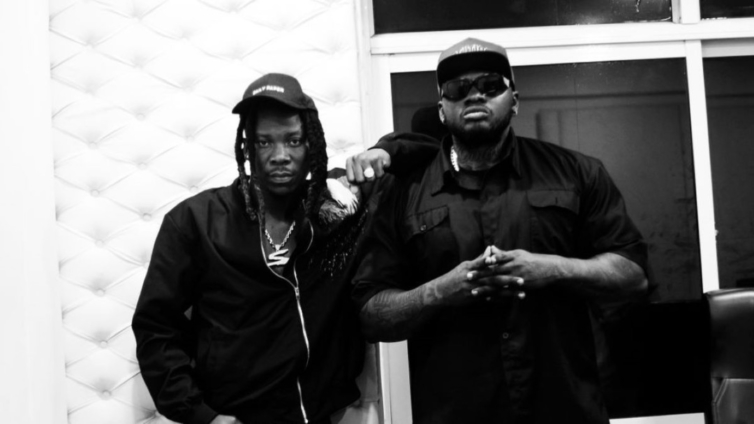 On Monday, October 3, the BET award-winning international Reggae/Dancehall artist shared a 15-second clip of what appears to be a new song with an unconfirmed title.

In the video posted across his social media channels, Stonebwoy is captured in a recording studio with Khaligraph Jones vibing to the song.

Stonebwoy arrived in Kenya at the weekend to begin a week-long media tour and music activations across the country.

The tour comes off the back of an epic performance at the 2022 GUBA Awards in Rwanda, which was attended by the CEO of the Recording Academy, Harvey Mason Jr, as well as state officials, dignitaries, and other stakeholders.

As part of his activities, the four-time AFRIMA Reggae/Dancehall Artiste of the Year awardee has appeared on some of the country’s most renowned media channels, including Soundcity Radio, TRACE, Boomplay, and NRG Radio, to discuss his brand and promote his new singles “Therapy” and “Gigigba.”

He also connected with Kenya’s boy band, Sauti Sol, creating an impression of a soon-coming collaboration.

Stonebwoy is expected to be in other parts of East Africa in the coming days.

DISCLAIMER: The Views, Comments, Opinions, Contributions and Statements made by Readers and Contributors on this platform do not necessarily represent the views or policy of Multimedia Group Limited.
Tags:
Kenya
Khaligraph Jones
Stonebwoy