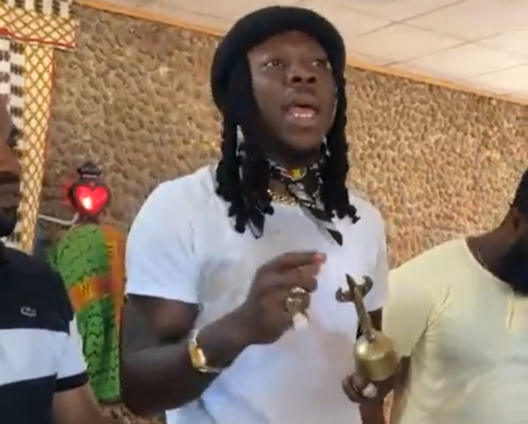 After performing to a mammoth crown in Zambia over the weekend, Stonebwoy took a tour in the landlocked country at the crossroads of Central, Southern and East Africa.

The ScorpionFest show was deemed a huge success after the dancehall musician gave out an electrifying performance at the Bakau Sports Stadium in Zambia on February 26.

Meanwhile, Stonebwoy paid a courtesy call on a Ghanaian community dubbed Ghana Town a day after the show.

The community as its name indicate has many Ghanaians living there.

He promised to visit them often, saying “I decided to come and visit my family in Ghana Town. I have some of my mothers and fathers coming from here.”

Ghana Town in Zambia is a native town to some Ghanaian immigrants, mostly fishermen, who left Ghana circa 1958 to seek greener pastures outside of Ghana.

Most of them hail from the Western Region of Ghana and the languages they speak are mostly Fante and Asante Twi.

Initially, these settlers were supposed to travel to Sierra Leone, but their ship’s captain didn’t dock, according to history, hence they were taken to Senegal before they moved on to Gambia until today.