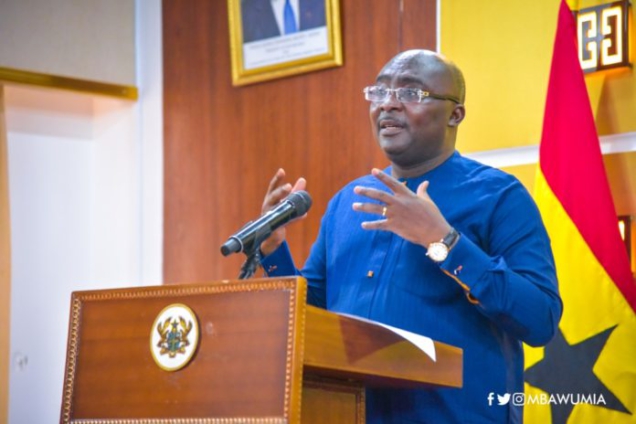 Vice President Dr Mahamudu Bawumia has entreated chiefs in the country to streamline the administration of lands in the country to ensure an efficient and well-functioning regime of title fixing of boundaries and ownership tracing.

Dr Bawumia said the government has started a process of digitation of the country’s land registry across the country to help address the issue.

He said the issues of land administration continues to be a major problem which negatively affecting development of the country’s economy.

Dr Bawumia entreated the chiefs as trustees of land to help government regulate the administration of lands in the country.

The Vice President added that the Chieftaincy Ministry has also instituted a programme to help process the establishment of lectures, seminars and other activities in the building of the capacity of chiefs and all people who have interest in the chieftaincy institution.

He said if chiefs have ever doubted the ties that bind the various people in Ghana together, one only needs to look at the traditional rule and practices which many transcends regions and traditional areas.

The Vice President Dr Mahamudu Bawumia charged chiefs to lead in championing in the fight against outmoded practices that have no place in Ghana in the 21 century.

He urged the chiefs not to be afraid in discarding rules and practices that do not fit in with the modern and current realities especially practices that directly or indirectly discriminate against women and children.

Newly elected president of the Northern Regional House of Chiefs, Yaa-Naa Abukari Mahama II urged the Electoral Commission to be transparent and build conscious with all the political parties in every decision it takes to ensure free, fair and transparent elections.

He called on politicians not to use indecent language as the nation approaches the December 7 presidential and parliamentary elections.

The Yaa-Naa raised concerns about delays in the disbursement of funds to the house of chiefs. He, however, appealed to government to support in the completion of the NRHC building that has been stalled due to the lack of funds.

Yaa-Naa also called on the government to provide relief items and other forms of support to flood victims in the flooded areas in the region.

DISCLAIMER: The Views, Comments, Opinions, Contributions and Statements made by Readers and Contributors on this platform do not necessarily represent the views or policy of Multimedia Group Limited.
Tags:
Chiefs
Dr Mahamudu Bawumia
Land administration