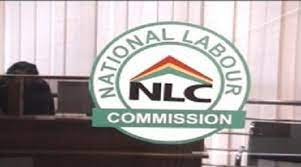 The National Labour Commission (NLC) has summoned the three teacher unions on strike over the appointment of the new Director-General of the Ghana Education Service (GES) to appear before it today, Wednesday, November 9.

The summon is to allow the Commission to resolve their differences.

The unions embarked on an industrial action on November 4, over the appointment of the new Director-General of the GES.

They insist Dr Nkansah is not an educationist but rather a banker.

On Monday, November 7, a second meeting between the unions and the Labour Ministry ended in a stalemate.

The Ministry subsequently referred the issue to the NLC.

The National Labour Commission subsequently summoned the aggrieved parties to appear before it today.

Ahead of the engagements on Wednesday, the Commission is hopeful of resolving the matter.

“We will try to resolve the matter at our level. We are capable of handling it so by close of day today, there is likely to be a resolution”, says Eyram Dotse Totimeh, the Head of Public Affairs at NLC.

Meanwhile, the unions have it will honour the summon.

“The NLC has invited us to meet which means we have been summoned so absolutely, we shall be there,” the President of the National Association of Graduate Teachers (NAGRAT), Angel Carbonu said.