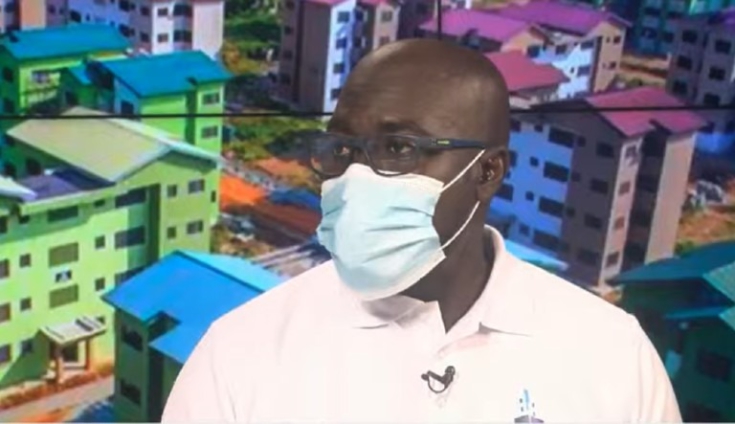 Speaking on JoyNews’ The Probe on Sunday, Mr Aidoo said although the project is being facilitated by the government and the local Assembly, it is entirely private sector led, which bars any new government from discontinuing the project.

“The government doesn’t own the investments…and if you look at the model, it is one of the most innovative approaches I have seen,” he explained.

The Planned City Expansion Project is an ongoing city development initiative at Ningo-Prampram in the Greater Accra Region.

The project, according to the DCE (Ag.) Jonathan Teye Doku, is being undertaken to eliminate slums in the area while providing housing.

Mr Aidoo said that successive governments have failed at fixing the housing deficits in Ghana, especially, since housing has been looked at as an investment or a business for a long time.

“There hasn’t been so much of the social aspect of it,” he added.

Mr Aidoo’s comments on ‘The Probe’ come on the back of concerns over a housing deficit in Ghana and the tendency of governments to abandon ongoing projects.

Currently, the Saglemi Housing Project started by the erstwhile administration is on hold and officials involved are facing prosecution.

Faithful of the Akufo-Addo government have accused the NDC officials involved with Saglemi, of corruption.

He is being accused of intentionally misapplying $200 million of state funds by paying for 1,412 affordable housing units at Saglemi, instead of 5,000 units, as Parliament had approved.

But the NDC says the prosecution is just an excuse for the government’s abandonment of the housing project while Ghanaians suffer housing deficit.

The opposition party has called on the government to complete the project which is fast deteriorating and being taken over by weeds and rodents.