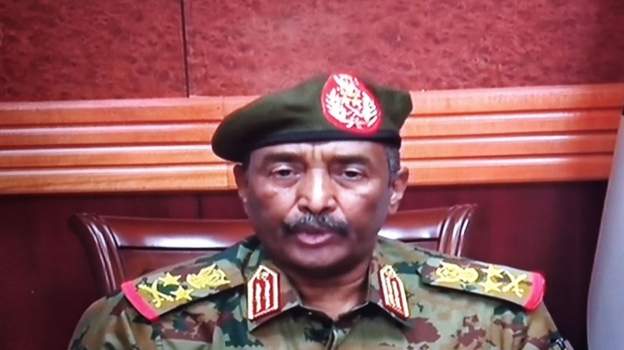 The head of Sudan’s Sovereign Council, Gen Abdel Fattah Abdelrahman Burhan has dissolved the council and the cabinet and declared a state of emergency across the whole country.

He made the announcement in a live televised address.

All members of the Sovereign Council – overseeing the transition to democratic rule – have been relieved from their positions, he said.

He also dissolved all the state governments and removed the governors from their positions.

He said that a caretaker government will be announced before the end of November, and declared that general elections to pave the way to a civilian government will take place in July 2023.