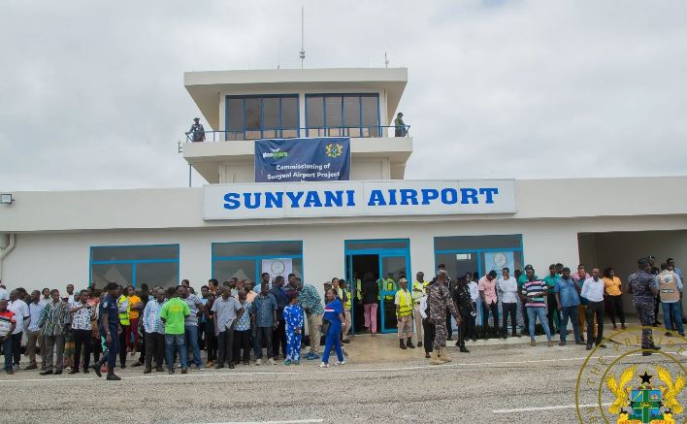 She said the re-opening of the service would open up the region for rapid economic growth.

The Regional Minister announced this at the meet-the-press series in Accra.

She said Passion Air would commence air transport services between Sunyani and Accra and that plans were made in advance to fly four times a week.

The Sunyani airport was, on August 3, 2022, commissioned by President Nana Addo Dankwa Akufo-Addo after the completion of the first phase of rehabilitation after six years of closure.

The operation, she stressed, would stimulate the economic growth potential of the region through increase in trade and investments and reduce road travel time from about eight hours to about an hour.

On road infrastructure, she said the Government had constructed 13 road projects with a total length of 342.3km.

Some of the projects are the upgrading of 30km menji-bui road, upgrading of 10 km Nkrankwanta-Krasse Road and 15 km Brekum-Drobo.

On health, Ms Owusu-Banahene said the Government had made significant strides in the sector.

She said CHIRAA Senior High School had received a 32-seater bus, motor bikes were supplied to the Ghana Education staff, and a dormitory complex constructed for Our Lady of Province Girls’ SHS in Keasibourkrom.

DISCLAIMER: The Views, Comments, Opinions, Contributions and Statements made by Readers and Contributors on this platform do not necessarily represent the views or policy of Multimedia Group Limited.
Tags:
Ms Justina Owusu-Banahene
Sunyani Airport