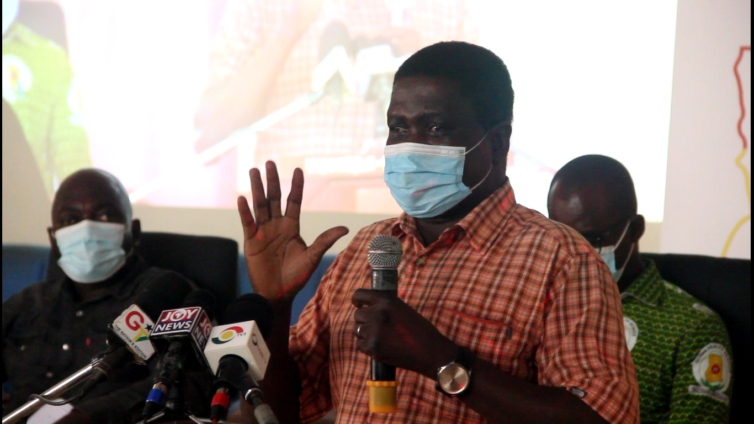 He, however, admits that the situation could have been better if not for the many challenges hampering their effort.

Environmental health officers in the Bono Regional capital, Sunyani, have been accused of not doing enough to confront the worsening sanitation challenges amidst the growing population of the city.

In 2007, Sunyani won an award from the Ghana Tourist Board as the cleanest city in Ghana. An accompanying citation said, “This cleanliness and freshness of the sights and sounds of this city makes it the toast of many visitors”.

But currently, inadequate toilet facilities for both domestic and public use, poor solid waste management, the lack of drainage systems, choked gutters, and indiscriminate dumping of refuse, among other sanitation challenges, have battered some of the progress made in the past.

These poor sanitation challenges could be attributed to the fast urbanization and population growth in the cosmopolitan city.

Mr. Daniel Owusu Korkor, the Sunyani Municipal Environmental Health Officer, confirmed the challenges while describing them as circumstances beyond their control.

He was speaking at a sanitation awareness dialogue on Friday, August 27, 2021, organized by the Graphic Communications Group Limited in partnership with Zoomlion in Sunyani.

The event was to call on residents to be responsible for keeping the environment clean.

“We are under-resourced and lack the basic support and equipment to effectively and efficiently discharge our mandates in keeping the city clean”, he lamented.

“We have a challenge. The political will is not there. The things we need for us to be seen to be working well are not available”, he added.

Mr. Owusu Korkor, however, admonished the residents not to accept that Sunyani was losing its cleanest city accolade despite the challenges.

“Check our gutters, streets, etc. and compare with other cities and you will realize Sunyani is still cleaner than other cities”, he stressed.

Mr. Owusu Korkor also revealed that environmental health officers in the municipality lack the proper logistics to embark on Covid-19 burials. This, he explained has left many bodies waiting to be buried.

On his part, Oboaman Bofotia Boaponsem, the Krontihene of the Sunyani Traditional Area and Chairman of the Graphic-Zoomlion sanitation awareness dialogue, assured the environmental health officers of the support of the traditional council in their work.

He averred that chiefs are not voted for and do not go on leave, hence their permanent interest and will to assist in dealing with challenges thwarting their mandates.

He said traditional leaders with their traditional will are still capable of playing crucial roles to ensure a clean Ghana just like it was done by our forefathers.

Oboaman Bofotia Boaponsem expressed the traditional council’s gratitude to Graphic Communications Group, Zoomlion, and their partners for their efforts in the clean Ghana campaign.

He said the continuous existence of Zoomlion is an indication that they came to help deal with sanitation challenges in Ghana.

DISCLAIMER: The Views, Comments, Opinions, Contributions and Statements made by Readers and Contributors on this platform do not necessarily represent the views or policy of Multimedia Group Limited.
Tags:
Graphic Communication Group
Sunyani
Sunyani Municipal Environmental Health Officer
Zoomlion