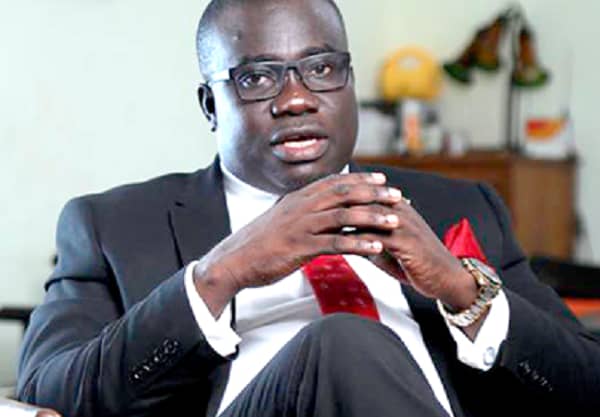 The Member of Parliament for Dormaa East, Paul Apraku Twum Barimah has appealed to the various unions within organised labour to support the government of President Akufo-Addo to revive the economy.

According to him, government has initiated and implementing several strategic programmes like the debt exchange programme in a bid to revive the financial strength of the state and believes with the assistance of organised labour, implementation will be successful.

Speaking in an interview with the media, Mr. Twum Barimah stated that the policies outlined by the Finance Minister, Ken Ofori-Atta, as part of the debt restructuring programme are the best for the state and investors to keep their investments safe.

He indicated that government is only interested in protecting investors funds and  stabilising the country’s economy .

The Domestic Exchange Programme was launched this week as part of measures to restructure and bring Ghana’s debt portfolio to sustainable levels.

Holders of domestic instruments are being requested to voluntarily exchange approximately ¢137 billion of the domestic notes and bonds for a package of new bonds to be issued.

Paul Twum Barimah described these measures as the path towards resetting the country’s economy to a more stable one capable of addressing the development challenges of the country.

He said government  is  determined to implement wide-ranging structural and fiscal reforms to restore fiscal and debt sustainability and support growth.

The objective of the debt exchange programme is to alleviate the debt burden of the country in a most transparent, efficient, and expedited manner and government  has been working hard to minimise the impact of the domestic debt exchange on investors holding government bonds.

He therefore appealed to organised labour to support the government in the implementation process to help bring the economy back to growth stage.

DISCLAIMER: The Views, Comments, Opinions, Contributions and Statements made by Readers and Contributors on this platform do not necessarily represent the views or policy of Multimedia Group Limited.
Tags:
Debt Exchange Programme
Economy
Paul Twum Barimah